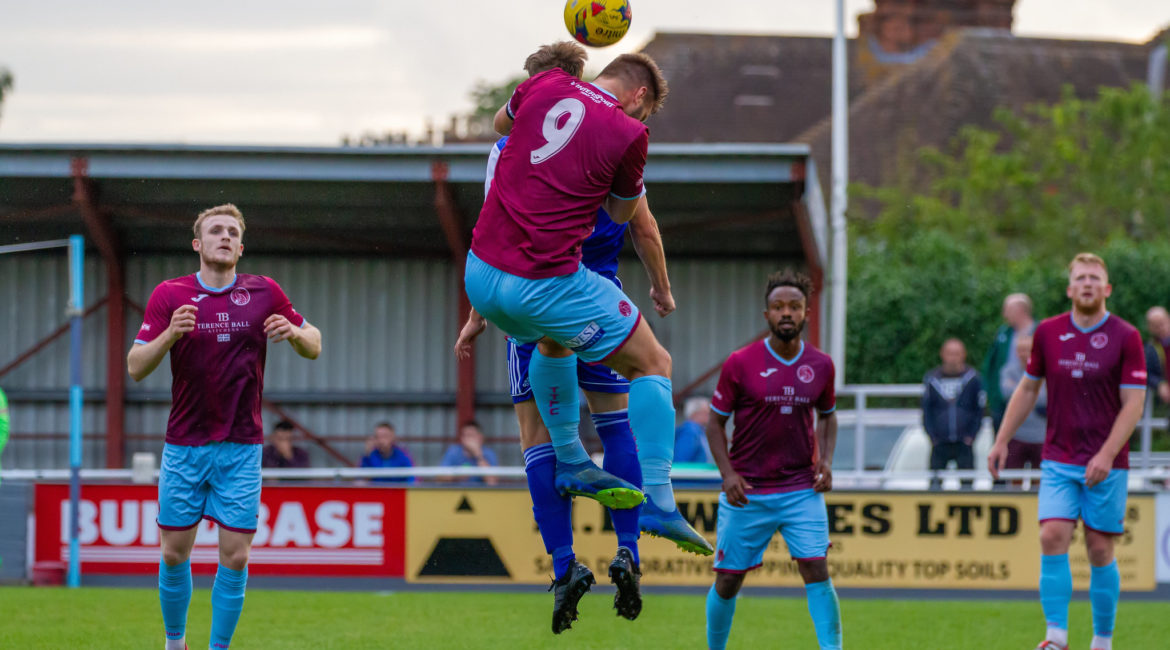 A Jack Rice goal a minute from time was enough for the Peacocks to record a 1-0 victory over Bideford in their last game of pre-season this evening (5th August).

The first half proved a rather tepid affair with chances few and far between, Ollie Chamberlain providing the best moment when his strike from the left was turned aside by Bideford keeper Joe Moore. Town were more incisive after the break, coming close to scoring when Josh Grant hit the bar. Moore made a couple of saves to keep Town out but couldn’t prevent Rice from driving home the late winner from just inside the box to secure a deserved win.

Reaction – Head of Football Rob Dray remarked:” So pre-season has finished and I’m satisfied with how it’s gone. It was good to get another win against a potential top 6 side in the division below. We were dominant in the second half and it was great to see Jack get his goal in a deserved win. Now we prepare for Saturday and look forward to Gosport.”