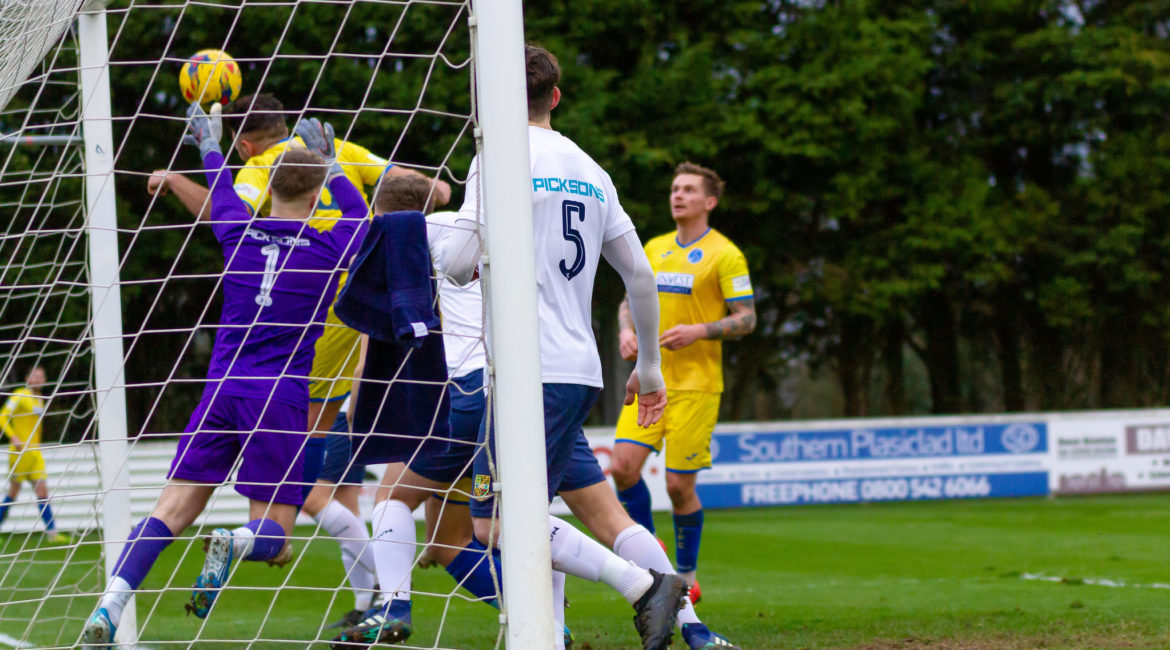 An abject display from the Peacocks saw them slump to a 4-1 BetVictor Southern League defeat at Yate Town this afternoon (11th January).

Had it not been for goalkeeper Lloyd Irish and the woodwork the margin could have been even more embarrassing for Town who found themselves behind after 10 minutes, Aysa Corrick putting Nick Peare through to slot past Irish. The Bluebells then doubled their lead on 18 minutes when the Town defence failed to clear, allowing Sam Bell to drill home off the far post. The Peacocks reduced the arrears on 22 minutes when Ryan Brett’s corner from the right curled straight in at the near post but that was as good as it got. Luke Spokes hit the bar with a curling free kick and Irish made two fine saves before Yate added a third five minutes into the second half when Joseph Low’s speculative volley from halfway dipped over Irish to find the net. Town never threatened a comeback as Peare fired another free kick against the crossbar before Yate concluded the scoring two minutes into stoppage time when Bell waltzed through to notch his second of the afternoon to confirm the points for the hosts and the league double.