Town Through After Marathon Shoot Out 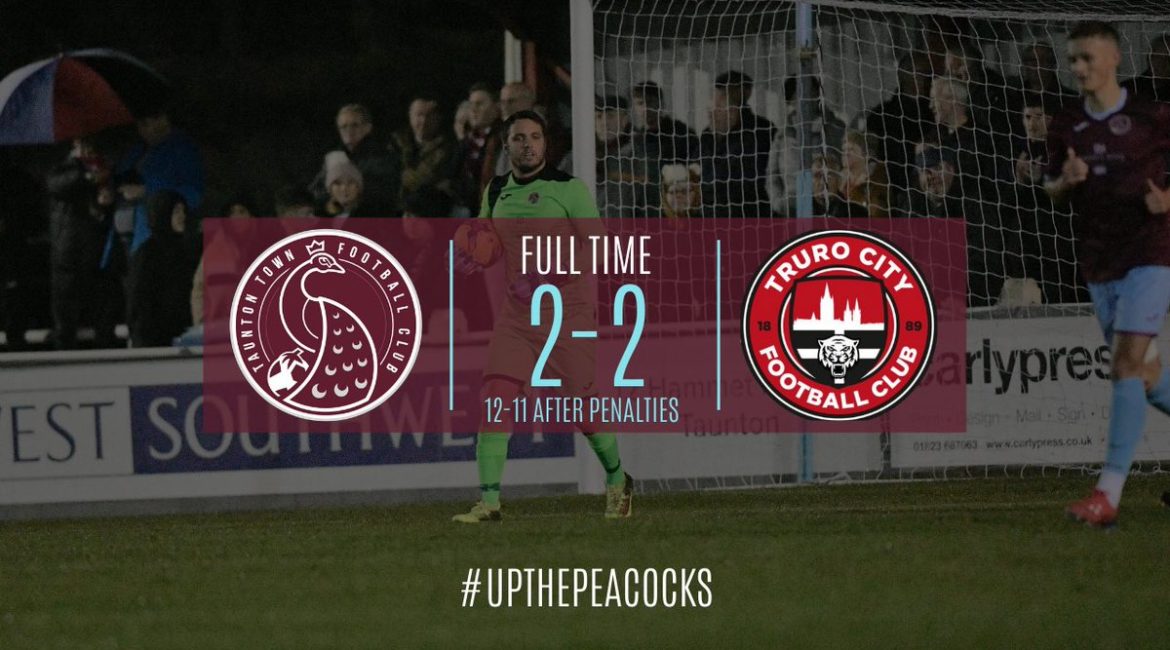 The Peacocks beat Truro City 12-11 in a dramatic penalty shoot-out following a 2-2 draw after 90 minutes in the 2nd Round of the Southern League Challenge Cup this evening (20th November).

A much changed Town side came close to opening the scoring on the quarter hour when Andrew Neal’s chip came back off the crossbar before the deadlock was broken after 31 minutes when Lewis Hall’s cross reached Callum Watts and his ball towards goal was drilled home by Andrew Neal. The Peacocks were well worth their lead going into the second half, but the visitors fought back to equalise on 71 minutes through Alex Battle who prodded home a George Tucker cross from the right. Truro then took the lead three minutes later when Austen Booth headed in from Rio Garside’s cross, but Town battled back to draw level and force a penalty shoot-out with five minutes remaining as Lewis Hall’s corner curled over everyone to find the net. The spot kick contest saw a total of 34 penalties taken, with Jack Rice eventually scoring the winner to send the Peacocks through.

Reaction – Head of Football Rob Dray remarked:” Before we get to the penalties I think two things stick in my mind. One is how some of our senior players wanted to play last night in a so called lesser cup and with that how they helped some great performances from the younger lads. The penalties were a completely different story and proved a great piece of entertainment to finish with, great to win and terrific for the profile of the club.”