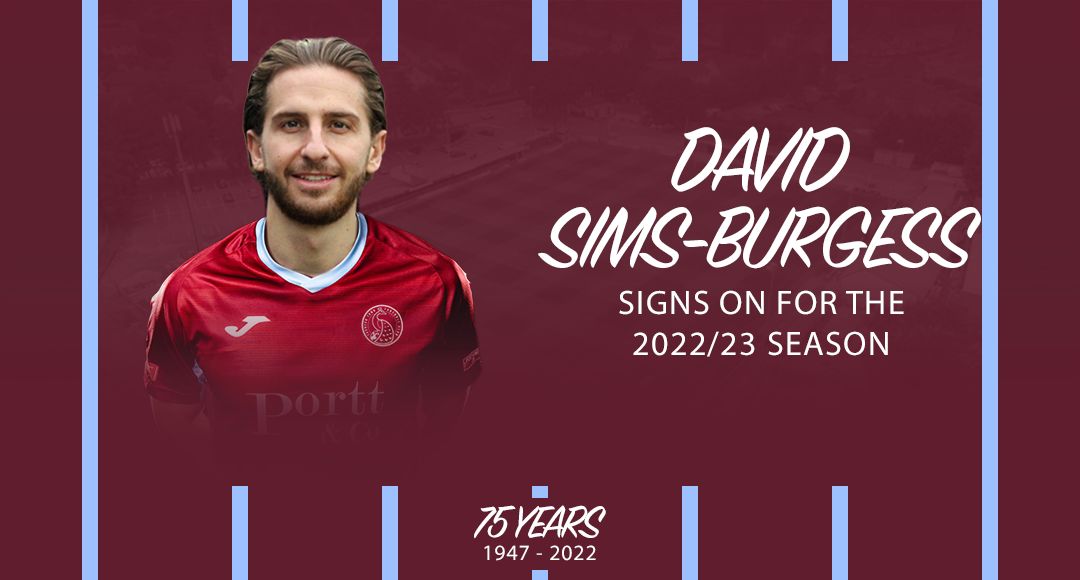 We are delighted to welcome striker Dave Sims-Burgess who has signed for the Peacocks from Bath City in readiness for the 2022-23 season. The striker has been a regular scorer at Southern League level for the past few years, his arrival being the second recruit from City in the past 24 hours following the capture of Dan Ball.

Sims-Burgess is a product of the youth system at Filton College and went on to play for Chipping Sodbury Town before joining Paulton Rovers in 2017. He switched to Yate Town for the 2018-19 campaign and finished as their top scorer as they won promotion to the Southern Premier. After moving back to Paulton for the following season, he rejoined Yate in the summer of 2020 where his goalscoring form for the Bluebells took the notice of Bath City who signed him last November.

Dave told tauntontown.com:” I am very happy to have signed for Taunton Town. After speaking to the management team I can tell it is an ambitious club and I’m looking forward to playing in front of the fans at the Cygnet and I cannot wait for the season to start.”

Head of Football Rob Dray added:” We always wanted to up the bar in whatever department and with Simmsy his experience at Bath last season will stand him in good stead. He was always a problem at Yate, and I think to get a natural goalscorer like him is massive for us.”