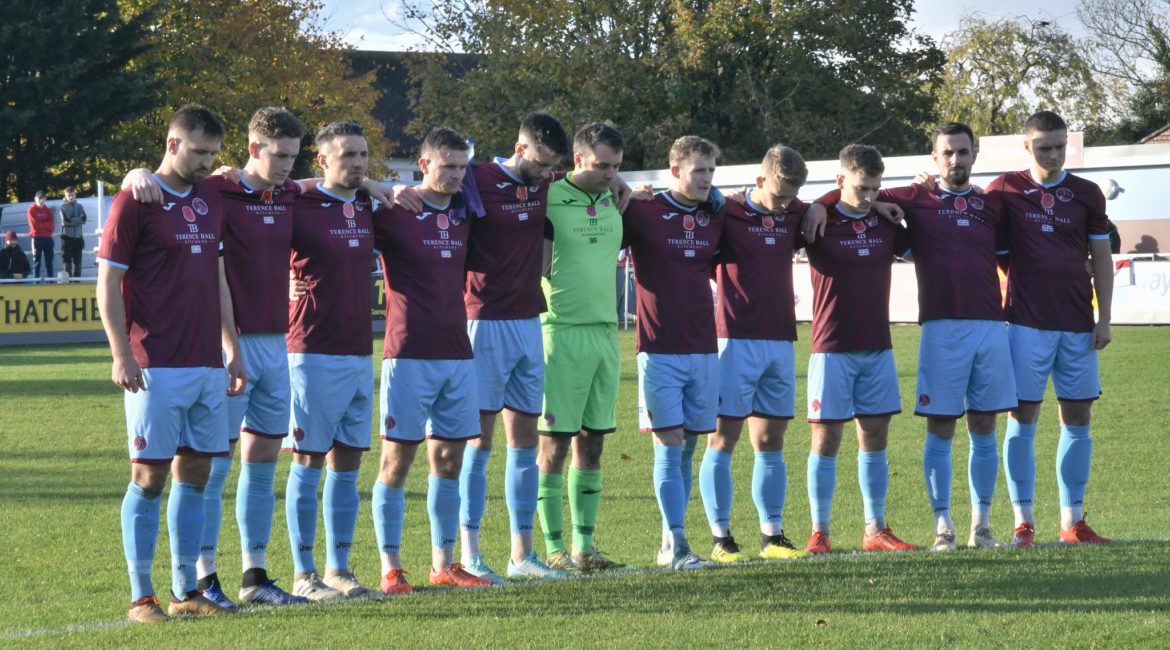 A Ryan Brett goal five minutes from time earnt the Peacocks a 3-3 draw with Aveley in the 2nd Qualifying Round of the Buildbase FA Trophy this afternoon (9th November).

Until the late goal the visitors were heading for a surprise victory against a below-par Town side which could have been in front through Ollie Chamberlain within the first couple of minutes but found themselves trailing after 10 minutes when Alex Akofri got the final touch to George Sykes’ ball in to the six yard box. The Peacocks were level just five minutes later through Jamie Price who headed in a Ryan Brett corner before Harry Kite volleyed home Shane White’s cross at the back post on 28 minutes to give Town the advantage. After Hughes had made a superb save to deny Matt Wright, the visitors made it 2-2 ten minutes before the break when Jason Raad netted a free kick. The Town defence was found wanting when Sykes stole in to round Lloyd Irish and put the Millers ahead again on 72 minutes, spurring the Peacocks into action which paid off when Brett lashed home the leveller from just inside the box to earn a replay and a long trip to Essex on Monday evening.

Reaction – Head of Football Rob Dray commented:” It was a classic cup match but scoring three at home I expect better. Aveley did really well and deserved the respect we gave them but we probably didn’t play the conditions as well as we would have liked. As usual though we never gave up and that you can’t buy.”