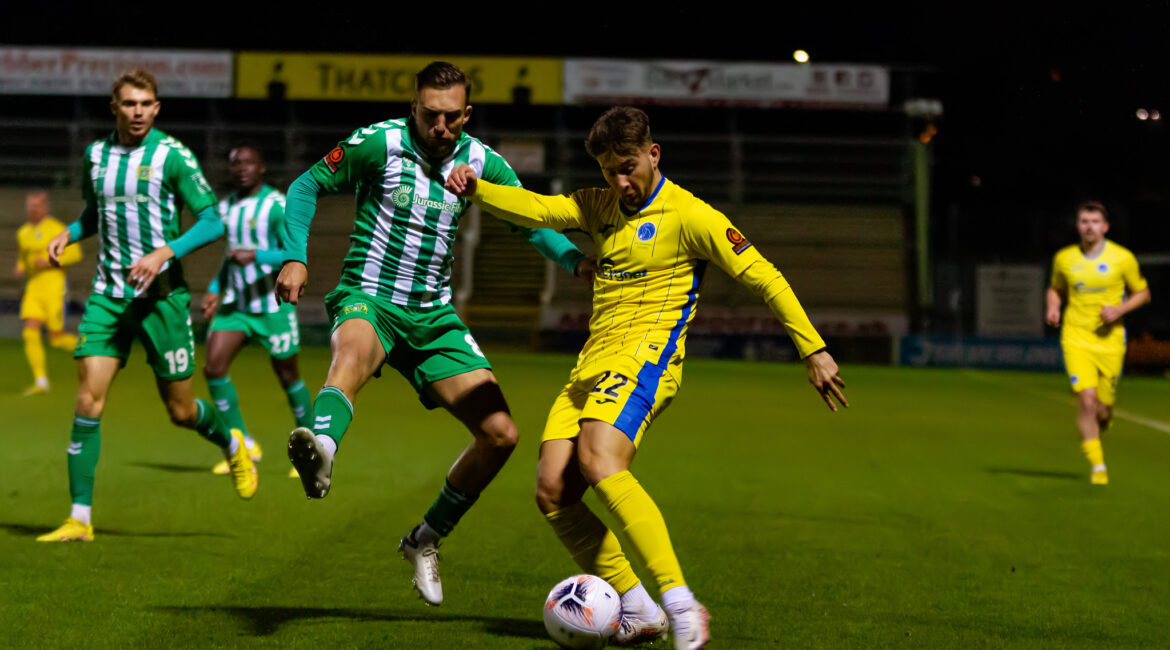 The Peacocks were knocked out of the Somerset Premier Cup after they lost 2-1 at Yeovil Town this evening.

The Glovers were on top for the first half and after Charlie Wakefield had hit the bar with a strike from distance, the hosts took the lead on 29 minutes when a corner fell to Louis Britton who saw his first effort blocked before firing home at the second attempt. The Peacocks drew level five minutes into the second half, Dylan Morgan receiving Lloyd James’ pass to fire a cracker into the top corner before Yeovil regained the lead on 64 minutes, Andrew Oluwabori’s cross reaching Matt Worthington who fired home from the edge of the box. There were further chances for both sides but no further goals as the home side progressed into the next round.