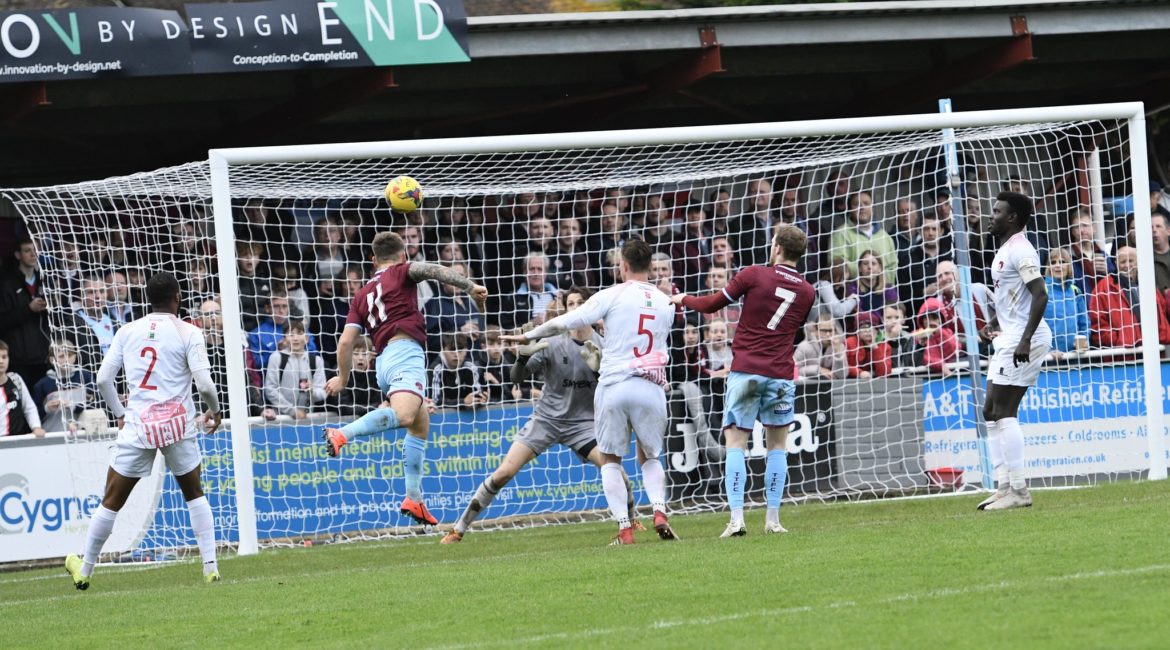 The Peacocks maintained fifth spot in the table with a hard fought 2-1 BetVictor Southern League victory over Hayes and Yeading United at the Cygnet Health Care Stadium this afternoon (12th October).

It proved a testing encounter for Town who rode an early Hayes storm before finding their feet, eventually taking the lead after 37 minutes when Dan Sullivan set Jamie Short free down the right and when his cross towards goal deflected off the post the ball fell to Ollie Chamberlain to fire home into the net. Lloyd Irish kept the lead intact with two fine saves, the second seeing him push Toby Little’s shot onto the bar, before Matt Wright saw his effort cleared off the line just before the break.

The Peacocks doubled their tally ten minutes into the second half through Andrew Neal who headed home Short’s cross on the far post. The visitors reduced the arrears after 73 minutes when Ed Palmer caught Phil Roberts when clearing his lines and Hassan Jalloh converted the penalty. Hayes piled on the pressure in search of an equaliser but Town’s defence held out as they made it nine league games unbeaten.

Reaction – Head of Football Rob Dray remarked:” A very good win against a Hayes side which going forward were superb. After they had scored 11 goals in their last two games, to limit them to a penalty and a great save by Lloyd says a lot about how we dug in. A fantastic effort by the club and all the volunteers today on Non-League Day as an awful lot of work goes on behind the scenes to make it happen.”