Preview | Town Back On Trophy Trail 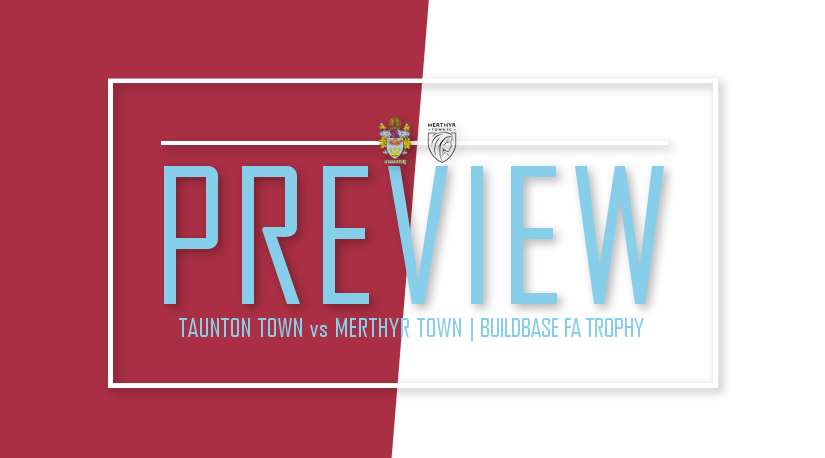 The Peacocks take a break from Evo-Stik League duty when they welcome Merthyr Town to the Viridor Stadium in the 1st Round Qualifying of the Buildbase FA Trophy tomorrow afternoon (28th October), kick-off 3.00pm.

After their replay win in the previous round against AFC Totton, Town now face a testing encounter with the Martyrs from the Southern Premier where they sit in ninth spot with 25 points from 16 fixtures played. Their record on the road though is nothing extraordinary, having won two of their eight league games with victories at Dunstable and St Ives, so Town will hope to make home advantage count and extend their unbeaten run to nine games in all competitions. The sides have enjoyed several close battles over recent seasons, having met at the Preliminary Round stage of the competition three years ago which Merthyr won after a replay. There is £3,250 prize money on offer for the winners of tomorrow’s tie with the replay if necessary scheduled for Tuesday evening.

For tomorrow’s tie, Omar Simpson is unavailable as he is away at a funeral whilst centre half Chris McGrath is playing for Helston Athletic in the Peninsula League in order to regain match fitness. Matt Buse is named in the squad after his transfer from Gosport Borough during the week. The remainder of the squad remains unchanged from Wednesday’s visit to Slimbridge.

Manager Leigh Robinson commented:” Everyone is looking forward to tomorrow. It should be a good cup tie in front of a decent crowd as Merthyr normally travel well. It’s a very rare occasion this year where we’ll be the underdogs so we’ll enjoy that tag for the day and go and give it our best shot knowing that the pressure isn’t really on us. However we know that if we play to our potential we have the ability to match anyone in the league above.”