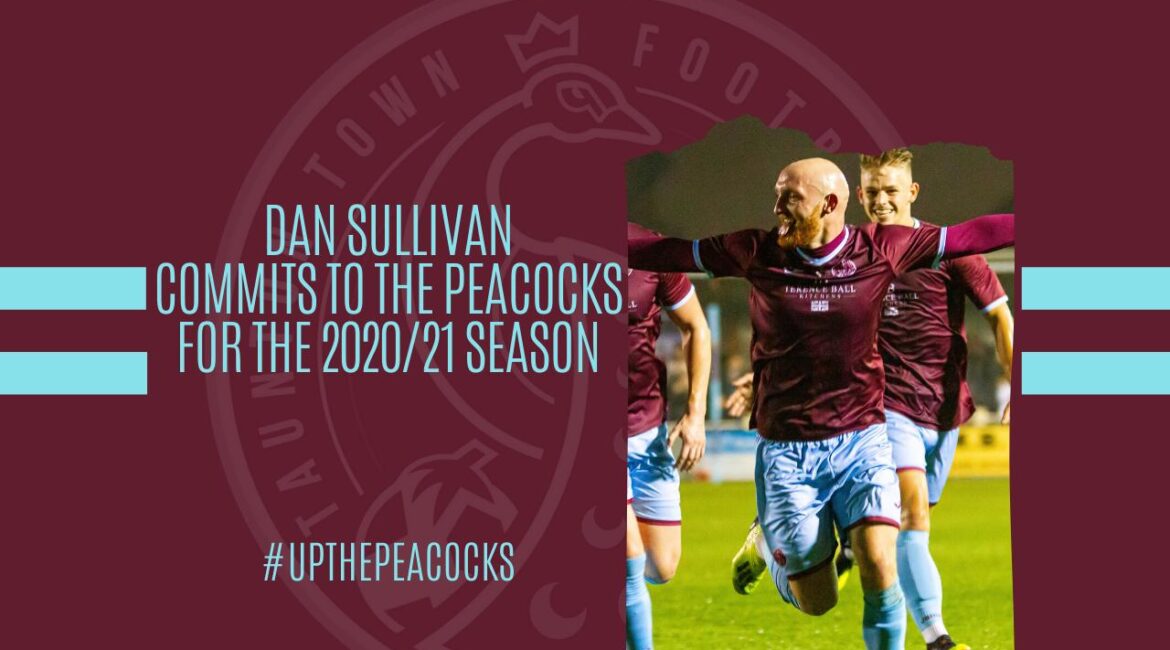 We are delighted to report that Dan Sullivan will be staying with the Peacocks for the new season.

The popular forward who can operate in a number of attacking roles becomes the tenth player from 2019-20 to commit to the club and the 16th in total so far. Sullivan joined Town in September 2017, soon after starring against us for Tavistock in the FA Cup, and went on to win the Supporters Player of the Year award in his first season as we secured promotion to the Premier Division. Prior to Tavistock, his early career saw him come up through the youth ranks at Torquay United before going on to play for Truro City and Bodmin Town. He has netted 47 goals for the Peacocks from 106 full and 13 substitute appearances.

Speaking to tauntontown.com, Sullivan remarked:” I’m happy to sign for another season at Taunton. It’s a great club with high ambitions and although some players have left, the club has done great with the players they have brought in and I think that shows where they want to be. I’m looking forward to start and hopefully we can hit the ground running and have a good season.”

Head of Football Rob Dray added: “Sully is no doubt an absolute game changer on his day so it’s great to have him for another season. At 25 I want to give him more responsibility and he in effect becomes a senior player within the group. We look forward now with the majority of our recruitment done to getting the players back together when it’s safe to do so and as soon as we have guidance and a date from the FA.”