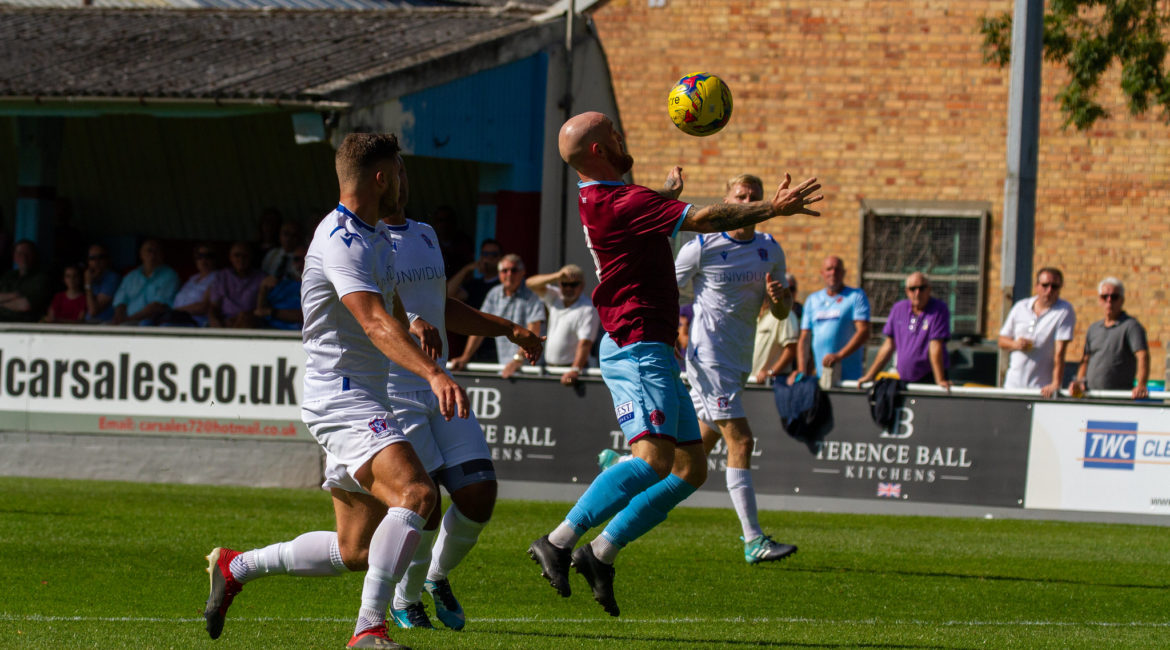 The Peacocks made it five BetVictor Southern League games unbeaten with a 1-1 draw against Swindon Supermarine at the Cygnet Health Care Stadium this afternoon (14th September).

The result was about right on the balance of play, with the home side having the better of the first half and the visitors the second. The game was livened up after a quiet start with a superb opening goal for Town on 13 minutes. Shane White drilled a long ball down the left which Dan Sullivan took on his chest in the box and volleyed across Martin Horsell into the far corner. Continued pressure from the hosts could not conjure up another and it took a tip over save from Lloyd Irish at the other end to preserve the lead at the break.

The experienced Stuart Fleetwood brought the sides level on 63 minutes, guiding a header inside the post from Brad Gray’s cross. Both keepers were forced into action while Town hit the post when the ball deflected off a crowd of bodies from Ryan Brett’s corner before Calvin Dinsley struck the upright for the visitors, but it finished with honours even.

Reaction – Head of Football Rob Dray remarked:” At half time we wanted the win but by the end we were happy with a point after Lloyd pulled us out of the proverbial. I thought we played some great stuff in the first half and were good value but that second goal was elusive and we didn’t hit the heights in the second half. However we’re now seven games unbeaten as we face another important week.” For more reaction from Rob go to Peacocks TV HERE