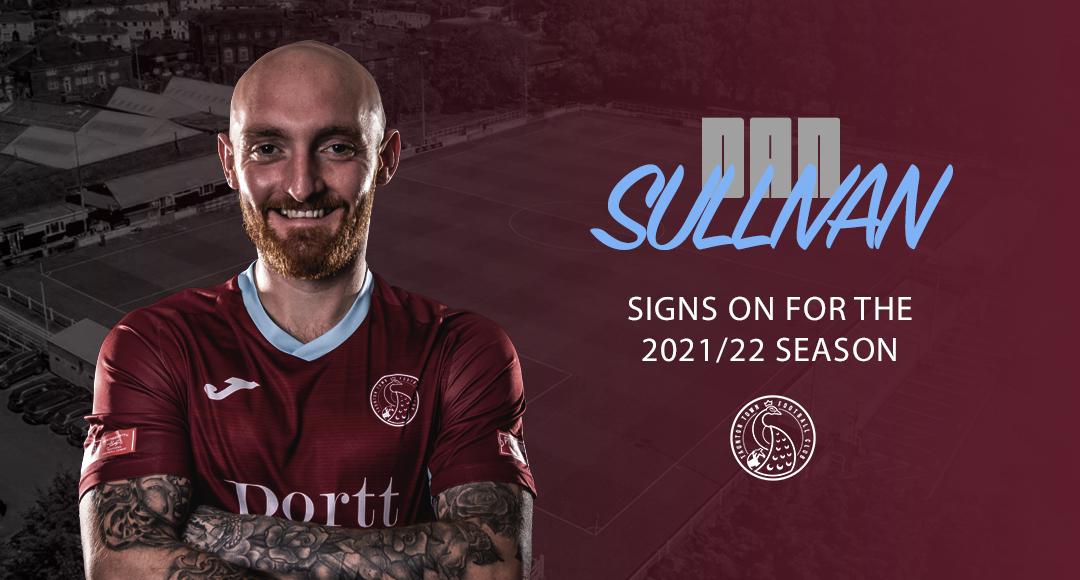 As promised on Monday, over the coming weeks we will be announcing the players who have agreed terms to remain with the Peacocks for next season.

We are now delighted to report that vice-captain Dan Sullivan will be wearing the claret and blue in 2021-22. It will be forward Sullivan’s 5th campaign with us, having signed in September 2017 after helping his former club Tavistock knock the Peacocks out of the FA Cup. His agreement to sign for next season comes hot on the heels of captain Nick Grimes pledging his commitment.

Dan remarked: “I’m very happy to be staying at Taunton for another season. It’s been a strange last couple of seasons with us not being able to complete them, so it was a no brainer agreeing another year. I’m raring to get the season going and get back playing in front of the best non-league fans.”

Prior to playing for Tavistock, ‘Sully’ spent his early career at Torquay United before going on to represent Truro City and Bodmin Town. He has become a fans’ favourite since joining Town, winning the Supporters’ Player Of The Year award in his first season with the club after his 24 goals helped secure promotion. He is now one goal short of his half century from 117 full and 13 substitute appearances.

Head of Football Rob Dray said:” Securing Sully on an extension is again crucial to where we want to be. He can change a game on its head and has been a constant performer for us in the last few seasons.”