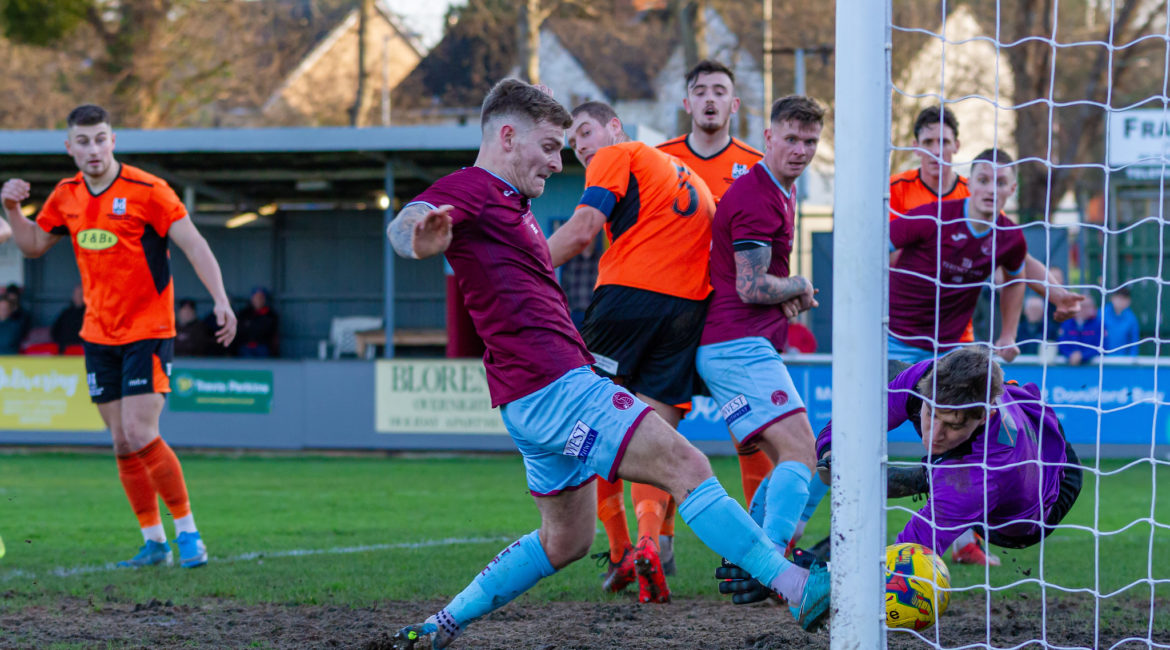 The Peacocks regained their winning touch with a comfortable 3-0 BetVictor Southern League victory over Wimborne Town at the Cygnet Health Care Stadium this afternoon (18th January).

The hosts enjoyed most of the possession in the opening half hour before taking the lead on 36 minutes, Ryan Brett lifting a ball over the defence for Dan Sullivan to run on to and drive past Cameron Plain. Jamie Short came close to doubling the lead when he fired into the side netting before a second goal duly arrived on the stroke of half time after a Brett free kick had fallen amongst a throng of players and Andrew Neal prodded over the line.

Joe Byrne’s shot skimmed the top of the bar as the Magpies looked for a way back into the game but Town never looked unduly troubled and sealed the points with a third goal ten minutes from time when Neal drilled in a cross from the right and Ollie Chamberlain fired home. Lloyd Irish preserved the clean sheet with a late save from Byrne’s header as the Peacocks went on to secure the league double over their visitors with a repeat scoreline from the first meeting between the sides in August, a result which keeps them in fifth position.

Head of Football Rob Dray commented:” The reaction was what we were looking for and what we got. Questions were asked after last Saturday and the players were superb today, as they have been for most of the season. I’ll keep backing these boys every week, we’re still not the finished article but against a team on form it was a professional performance with a clean sheet to top it off. A good win but we now move onto next Saturday.”  More reaction from Rob can be seen on Peacocks TV HERE and match highlights can be viewed HERE