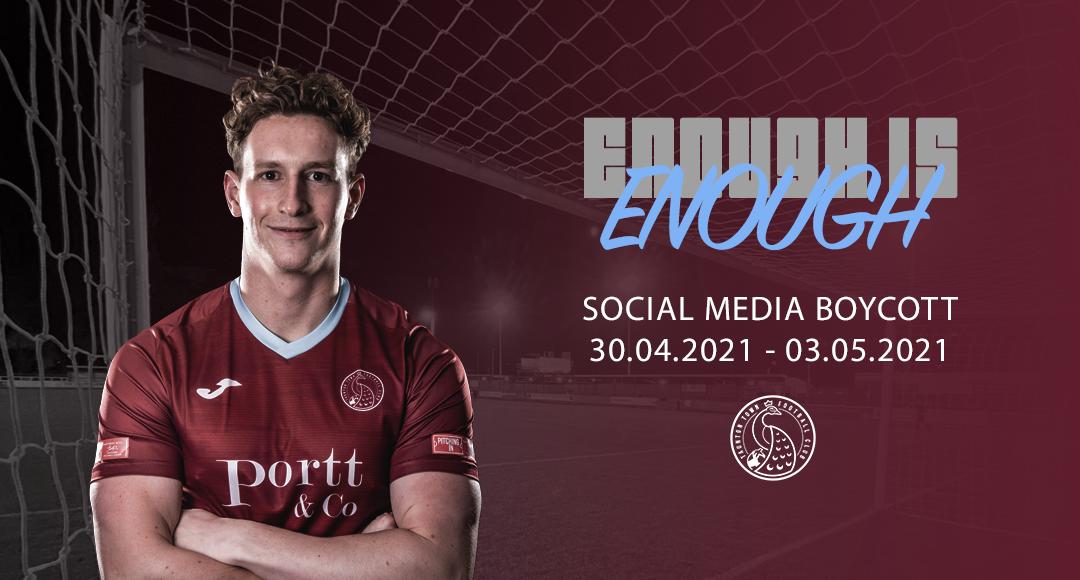 Taunton Town FC will be participating in the Social Media boycott which was announced on Saturday to raise awareness of the issues surrounding the continued online abuse of footballers and others connected to the game, and to emphasise the greater preventative measures required by social media platforms to stop online abuse occurring.

The action is being initiated by a large group of football organisations including the FA, Premier League, PFA and Football Supporters’ Association and will take place from 3.00pm this coming Friday (30th April) until 11.59pm on Monday 3rd May.

National League system clubs at all levels are being encouraged to join the social media switch-off and we will be taking part to highlight this important issue. Further information can be read on the Southern League website HERE