Smith Signs Back On 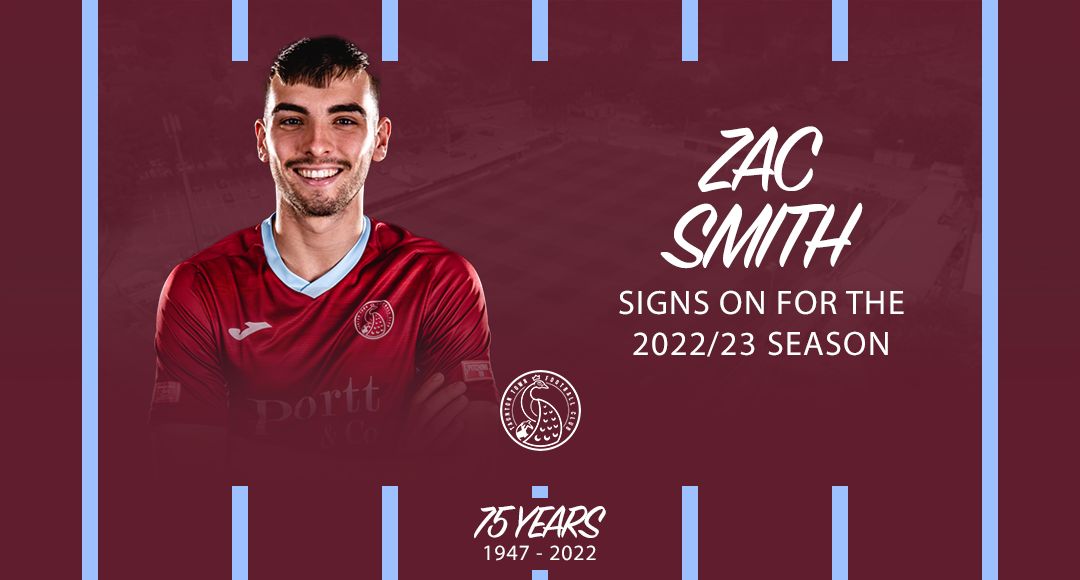 We are delighted to report that Zac Smith will be remaining with the club for the 2022-23 season. He signed permanently for the Peacocks last summer following his departure from Bristol City where he had been captain of their Under 23 side.

Zac, who was awarded with the Ernie Price Memorial Cup for last season, told tauntontown.com:” It was a great season last year and I was excited to create history with the club. I’m buzzing to be here for another year and hopeful for another strong season with the Peacocks.”

Head of Football Rob Dray added:” Retaining Zac on contract is another example of us signing and keeping outstanding young players. He has a great attitude, is superb around the place and can’t get enough of him, and it’s great he will be with us for our first year in the National League.”