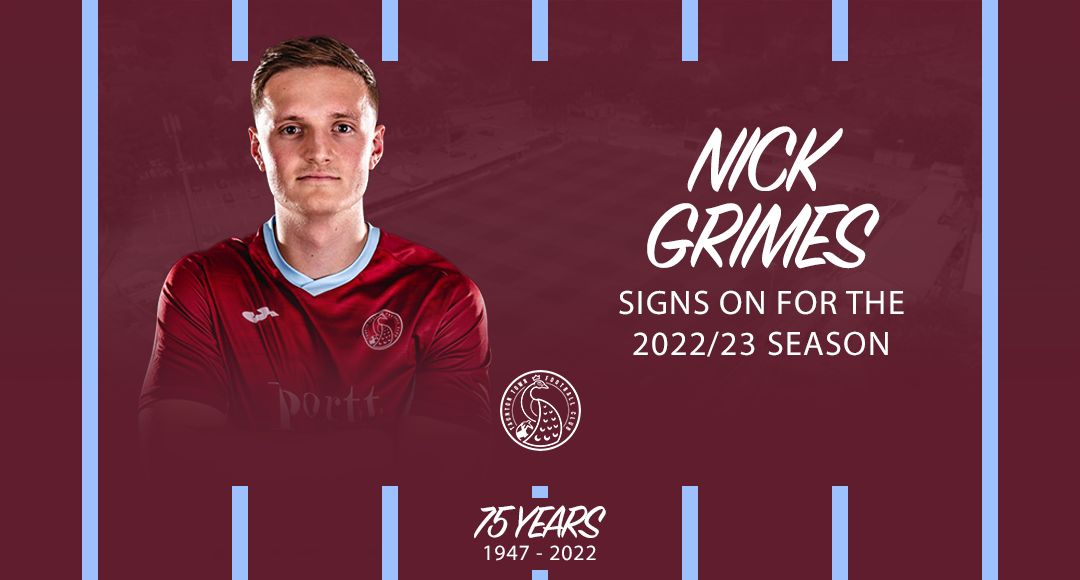 Over the coming days and weeks we will be announcing those players who have agreed terms to remain with the club for our historic 2022-23 season along with some new faces!

Firstly we are delighted to confirm that centre half and captain Nick Grimes will be staying with the Peacocks. The former Exeter City youth player has been with the club since August 2019 after signing from Tiverton Town and has since become a solid force at the heart of the defence. Nick told tauntontown.com:” Of course I’m very happy to re-sign. I don’t think it was ever a question or a tough decision to be made. Coming off of the back of my best season in football, I want to be able to continue to achieve more with this great group and hopefully create an atmosphere at the Cygnet next year that will bring with it more great memories for us and the fans alike! Up The Peacocks!”

Head of Football Rob Dray remarked:” Appointing Nick as a young captain a couple of years ago was one of my best decisions for a long time. Watching him grow into the role over this period and then the way he led from the front this season has been a real credit to him and his family. Having him as our leader going into our first National League campaign, the highest the club has ever reached, is very fitting.”