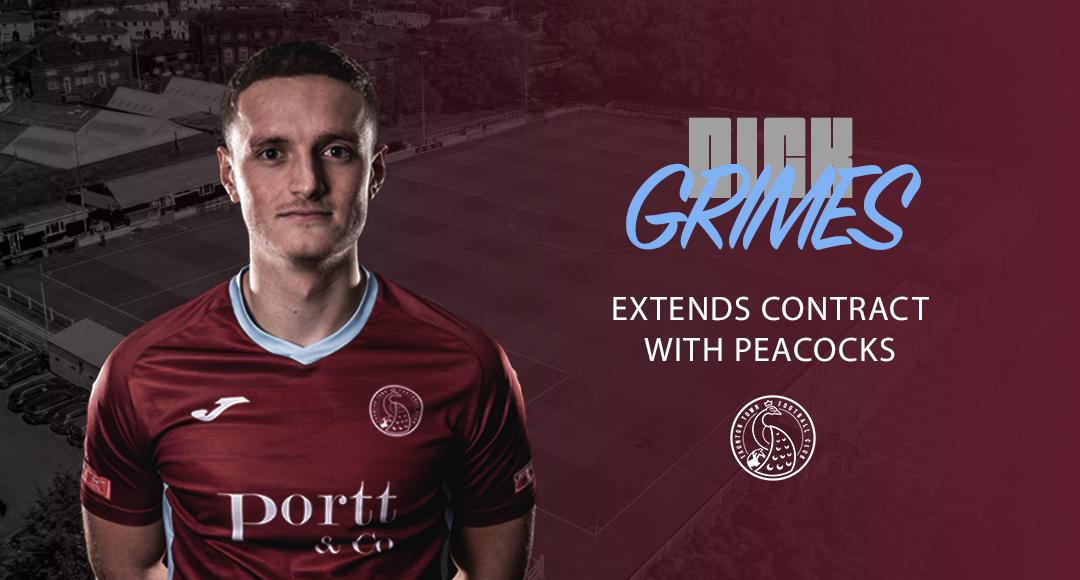 Things may appear to have been quiet since the curtailment of the 2020-21 campaign, but behind the scenes planning is well under way in readiness for what we all hope will be a full and normal Southern League season which is scheduled to begin on Saturday 14th August.

The first team squad resumed training last week and will continue until the end of April before returning for pre-season in the summer while Head of Football Rob Dray has been hard at work preparing for next season. As a result, over the coming weeks we will be announcing the players who have already committed to the Peacocks for season 2021-22.

Firstly it’s great news as we confirm team captain Nick Grimes will be remaining with the club. The 23 year old centre half was appointed skipper at the start of last season, having joined the Peacocks in August 2019 from Tiverton Town.

Nick commented:” I’m over the moon to sign a new deal at this fantastic football club. When Drayer spoke to me about a contract extension it was an extremely easy decision. The squad we currently have is one of the best I have been part of, and I know everyone at the club has the same mindset and is buying into what we are trying to achieve. I’m looking forward to another season and will hopefully see all you Peacocks soon!”

Grimes, who spent his early career at Exeter City before going on to play for Slimbridge, Cinderford Town and Truro City, has been a steadying influence at the back since his arrival and he will now hope to enjoy an uninterrupted campaign after his first two were cut short due to the pandemic.

Town boss Dray added: “As we start to prepare for next year it was always good to get your captain to extend his contract first. Nick took on the role last season and is the epitome of what being our club’s captain is all about on and off the pitch so it’s great to have him stay with us.”