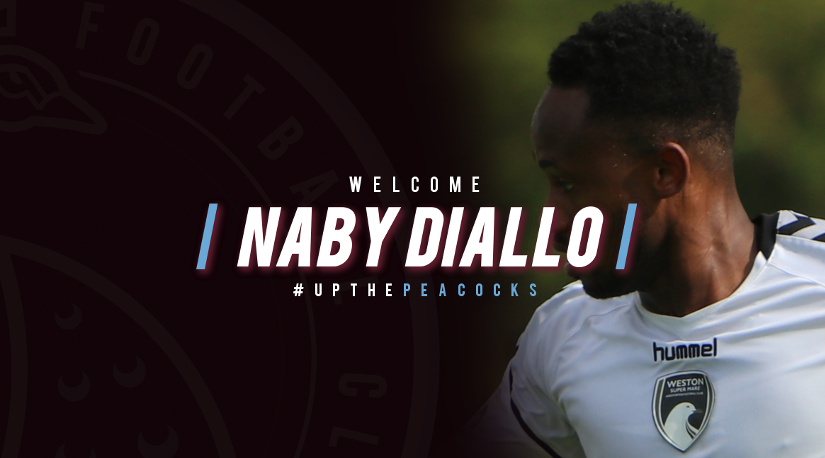 Taunton Town Football Club is delighted to announce Naby Diallo has signed for the Peacocks.

Diallo is an exciting midfielder who previously played for Weston-super-Mare last term. He signed a professional contract with Aldershot Town and enjoyed spells at Dover Athletic, Bath City and a brief spell at Bridgwater Town early on in his career where he was first introduced to Head of Football, Rob Dray.

At 28 years old the former Bristol City youngster brings with him a great deal of National League experience and versatility which provides the clubs management further attacking options.

Naby told tauntontown.com, “I’m delighted to be reunited with Rob Dray the gaffer who helped me progress when I was at Bridgwater a few years ago. There are a number of hungry familiar faces in the squad as well so I’m hoping I’ll adapt quickly to the dressing room. I’m looking forward to having a successful season and God willing we will finish one better than last year.”

Rob Dray commented, “Nabs comes to us with a sparkling Non-League CV. He’s a super player and a great lad off the pitch. He will bring us a wealth of quality to the squad and I’m thrilled to have got him over the line as I’ve been chasing him for a while. It’s a really exciting signing for the club.”