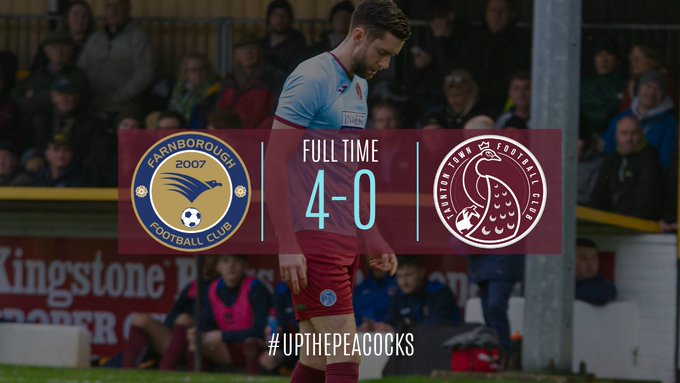 Town made the worst possible start, falling behind after just three minutes when Rene Howe slotted in for the hosts. Jamie Price turned a cross into his own net after 34 minutes to give Farnborough a two goal lead which they extended further a minute before the break when David Fitzpatrick converted a penalty after Price was deemed to have fouled Reggie Young. Bernard Tanner sealed victory with a fourth goal after 61 minutes, with Town unable to make any dent in the scoreline.