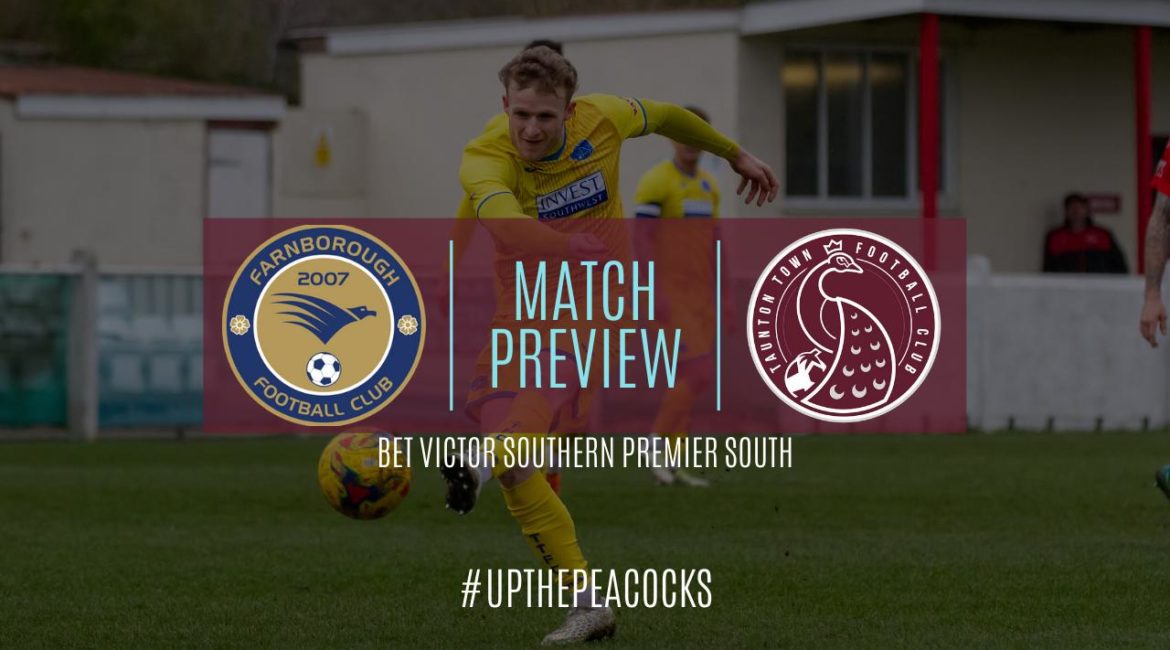 It’s down to the last dozen BetVictor Southern League games for the Peacocks in their push for promotion beginning with the trip to Farnborough tomorrow evening (11th March), kick-off 7.45pm.

The original fixture was lost to the weather just before Christmas, with the rearranged date last month also having to be changed due to Town’s Somerset Premier Cup commitments. It will hopefully be third time lucky then when the Peacocks go to Cherrywood Road aiming to register the league double and add another three points towards securing a Play-Off spot. Saturday’s draw at Truro saw Town remain in sixth place but with a number of teams all in with a shout they will need to start increasing their victory tally, having not won in their last four league outings.

Farnborough at one stage were flirting on the edge of the play-offs, lying in 7th position when the two sides were first scheduled to meet in December, but have since slipped down the table to 12th spot with the chances of them being involved in the Play-Offs now looking slim. They have won three of their nine league fixtures since the turn of the year, all their successes coming at home with the most recent being a 4-0 beating of Yate last weekend.

Nick Grimes is missing for the Peacocks tomorrow as he has a national cup game for Hartpury College while Lewis Hall has left the club as reported elsewhere. Otherwise the squad is unchanged from Saturday’s visit to Truro.

On The Road – Farnborough 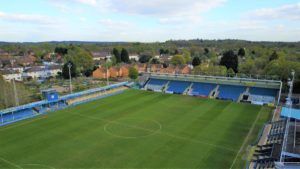 Most recent meetings: The Peacocks won the earlier meeting this season 3-1 at the Cygnet Health Care Stadium. Chris Flood put the visitors ahead before goals from Ollie Chamberlain, Dan Sullivan and Ben Adelsbury gave Town the points. Last season the Peacocks did the double over Farnborough, winning 4-1 in Hampshire in November via goals from Sullivan, Andrew Neal (2) and Craig Veal and then securing a 2-1 home victory in February thanks to a Shane White strike and an Andrew Neal penalty.