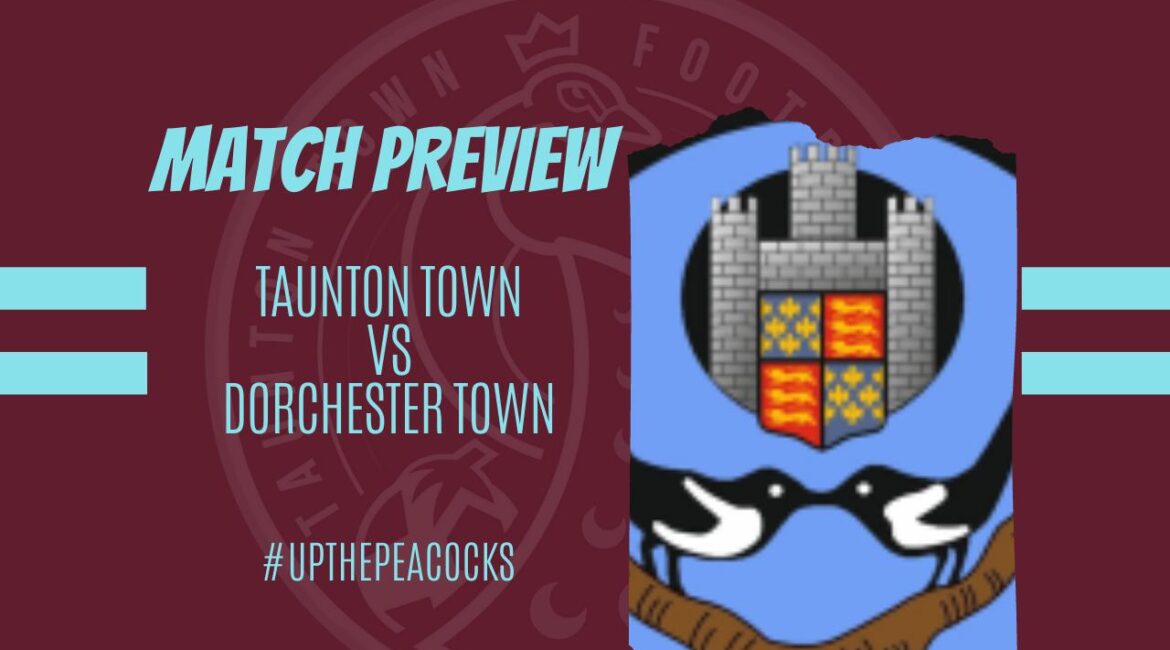 It’s back to Pitching In Southern League action for the Peacocks when they welcome Dorchester Town to the Cygnet Health Care Stadium tomorrow evening (27th October), kick-off 7.45pm.

Town will be looking to turn their fortunes around after suffering two consecutive defeats, a 2-1 reverse to Metropolitan Police in their most recent league game being followed by the beating at Tonbridge Angels in the Emirates FA Cup at the weekend. The loss to Police was the Peacocks’ first of the campaign and they will want to erase that thought with a win over the Dorset outfit who are managed by former Town boss Leigh Robinson and who currently occupy 17th spot in the table with four points from their opening six games. After losing their first two league fixtures plus an early FA Cup exit at Christchurch, the Magpies picked up their points at home with a draw against Wimborne Town followed by a late winner to earn victory over Tiverton Town. Since that win though they have lost their last two matches, their most recent being a 6-1 home drubbing by Salisbury at the weekend.

The Peacocks name an unchanged squad with new signing Jack Goodall possibly included and Jake Wannell available before his one game suspension after being sent off at Tonbridge. Head of Football Rob Dray remarked:” It’s great to get the chance to play a game straight away after Saturday’s loss. Football is based on small, key moments going for you and we didn’t make enough go our way at Tonbridge. However we need to get our head back on our league form now and welcome a Dorchester side who belied their position to beat Tiverton a couple of weeks ago.”