Preview | Another Big Test For Town 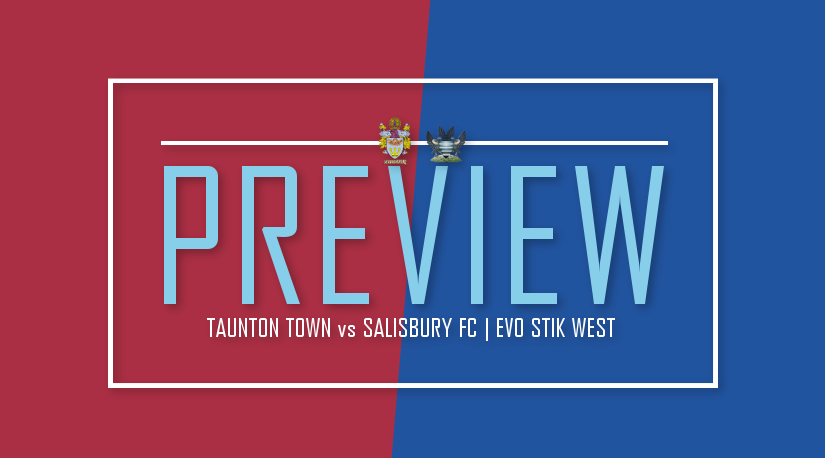 It’s a big afternoon at the Viridor Stadium tomorrow (9th December) with the Peacocks taking on Evo-Stik League promotion rivals Salisbury and manager Leigh Robinson at the helm for his 302nd game in charge of the team.

The eagerly anticipated clash with Salisbury is the game of the day in the West Division, with Town seeking to keep up their momentum at the top of the table where they hold a seven point advantage over second placed Bristol Manor Farm with two games in hand and a ten point lead over tomorrow’s visitors with both teams completing 17 fixtures. Divisional top scorers Salisbury come into the match fresh from their 6-1 trouncing of Kidlington on Tuesday, their first win in four league outings, although they were leading 3-0 in the game with Bideford last Saturday before proceedings were abandoned.

The Wiltshire side have only lost once on the road leaguewise this season and in four of their six victories have scored five goals or more including an 8-0 win at Shortwood and recovering from 3-0 down to scrape through 5-4 at third placed Winchester. With the Peacocks on a nine game unbeaten league run themselves the scene is set for an intriguing contest with hopefully a large crowd in attendance.

Town name an unchanged squad from Tuesday’s win over Barnstaple. Manager Robinson who missed that match due to work commitments is back for tomorrow’s game when home fans will have their first opportunity to recognise his fantastic achievement.

Commenting on tomorrow’s meeting he said: “It’s one of the biggest games of the season. We’re in a great position and would have snatched anyone’s hand off to be where we are now if offered it in the summer but undoubtedly Salisbury, who I think it’s fair to say are our biggest rivals, have found some form recently and have scored loads of goals so we need to be fully on our game tomorrow.”