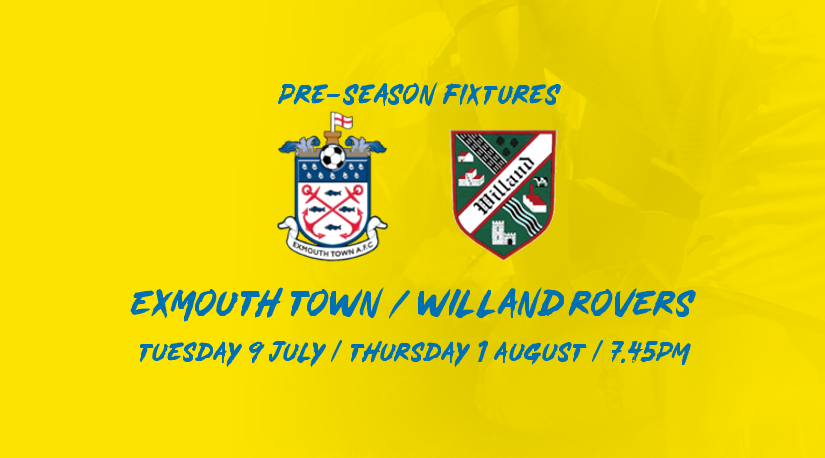 The Peacocks have added two away fixtures to their 2019/20 pre-season schedule. Town will travel to Southwest Peninsula Premier League Runners-Up Exmouth Town on Tuesday 9th July and newly promoted Southern League side Willand Rovers on Thursday 1st August, with both matches due to kick off at 7.45pm.

The Club expects to announce further fixtures in the near future.