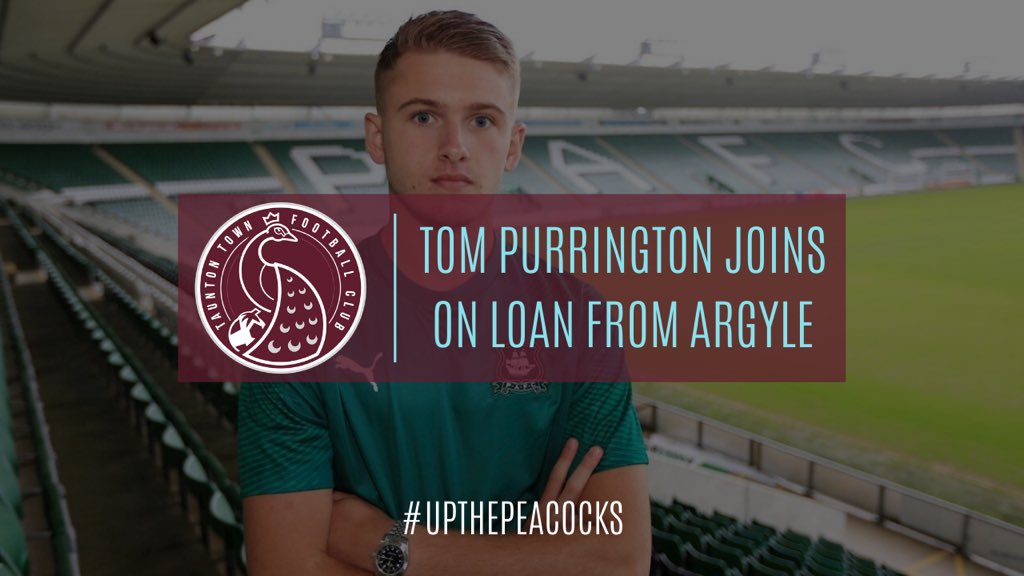 As recently reported on our SM channels we are pleased to welcome Tom Purrington to the club on loan from Plymouth Argyle until the end of the current season. The 19 year old midfield player graduated from the Argyle Academy to earn a pro contract last summer, having made his first team debut as a late substitute in an EFL Trophy game in November 2018. He has spent several months on loan at fellow Southern League side Dorchester Town this season. Purrington was part of the Town squad that travelled to Hayes & Yeading yesterday but remained on the bench.

Head of Football Rob Dray commented:” It’s good to get Tom on board for the last two months. He is versatile and has a great pedigree, and with a busy end to the season he will give us further strength in depth. Many thanks to Kev Nancekivell at Plymouth.”