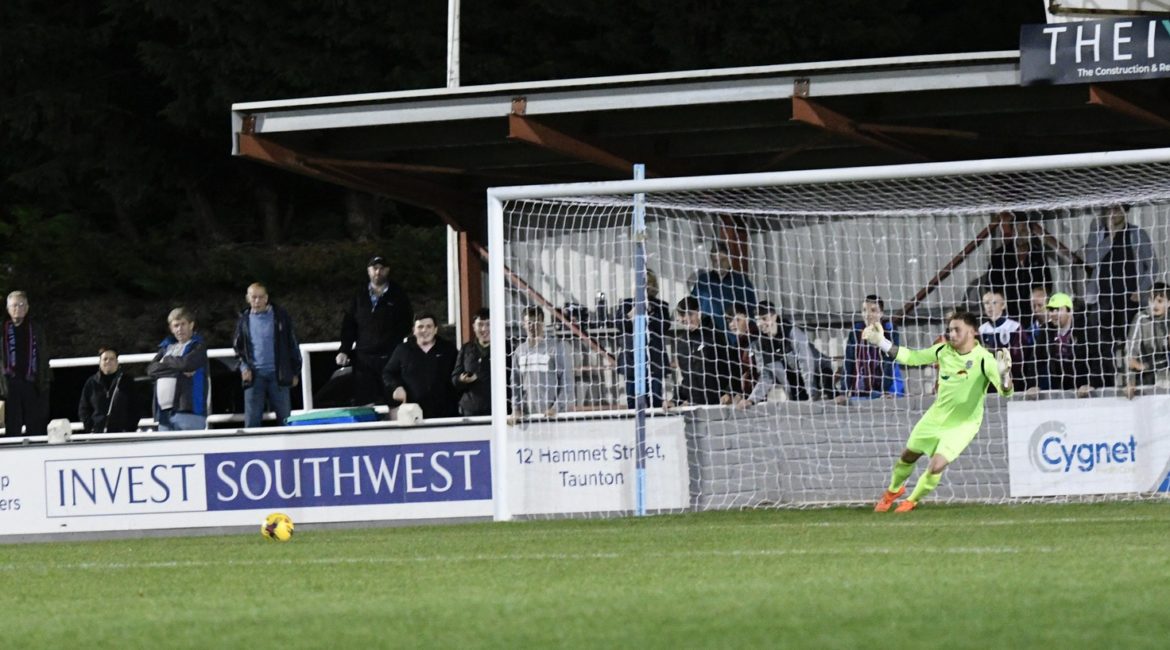 It was a night of drama at the Cygnet Health Care Stadium as the Peacocks eventually came out on top against Willand Rovers in the Preliminary Round of the Southern League Challenge Cup this evening (11th September).

The tie finished 2-2 at the end of 90 minutes, meaning the game went straight to a penalty shoot-out which Town won 5-4. The dramatic end was in contrast to a forgettable first half which saw the visitors ahead at the break, Ben Bickle breaking on the left to fire past the exposed Lloyd Irish after 32 minutes. The Peacocks found themselves up against it nine minutes into the second half when Nick Grimes was sent off for an alleged professional foul despite not being the last man. However, Town battled back to equalise after 64 minutes when Jamie Short set up Ollie Chamberlain to drill home from just outside the box and then Ed Palmer found the net with a free kick off the wall to give the home side the lead seven minutes later. Douglas Camilo hit the post with a free kick for Willand but Town were on top until the dying minutes when some slack play led to Luke Mortimore taking possession to drive home to level four minutes into stoppage time. The penalty drama seesawed, with both sides hitting the woodwork twice, until keeper Lloyd Irish netted the decisive spot kick to send Town through 5-4.

Head of Football Rob Dray said:” Momentum and winning matches, even if we do it the hard way, are crucial at this time of the season. We now move onto a vital week for the club.”