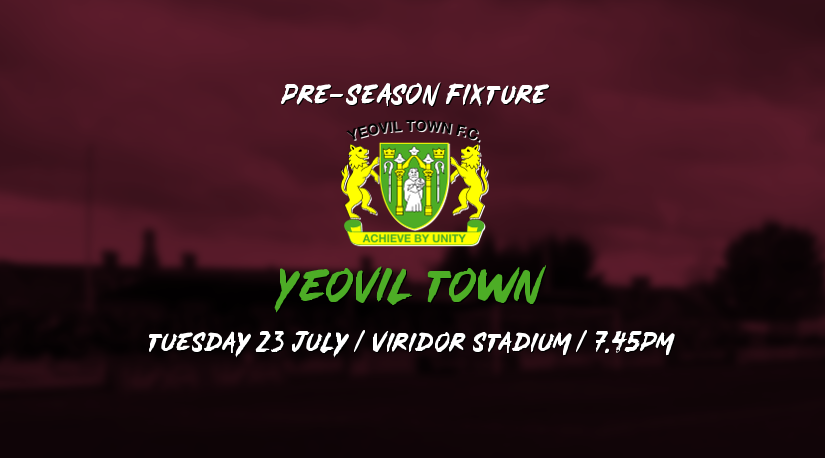 Taunton Town Football Club can now confirm two additional pre-season fixtures as Rob Dray looks to get his squad fired up for a title challenge in the new season.

The Peacocks will host Yeovil Town FC on Tuesday 23rd July and they will also make the short trip to neighbours Bridgwater Town on Friday 12th July with both matches due to kick off at 7.45pm.