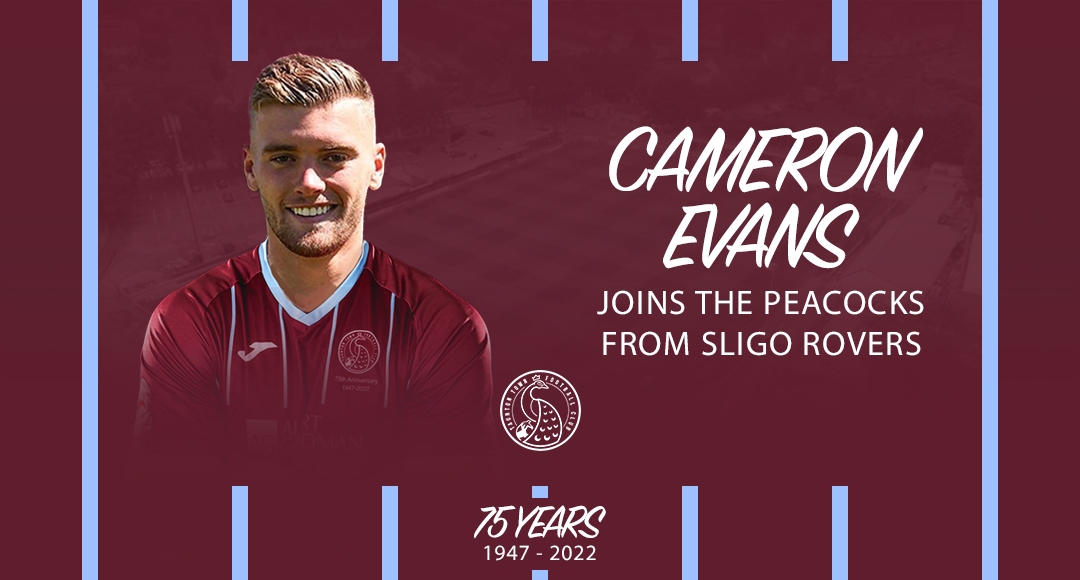 We are delighted to welcome new signing Cameron Evans to the club.

The 21 year old defender, who has played for Wales at Under 19 level, has been playing in the League Of Ireland for Sligo Rovers since August last year, having previously graduated through the Swansea City Academy to sign a pro contract with the Welsh club. After a season-long loan at League of Ireland side Waterford in 2021, he was released from Swansea in June 2022 and returned to Ireland with Sligo. He will be available for selection for the Peacocks once international clearance has been confirmed.

Cameron told tauntontown.com:” I’m delighted to sign for Taunton. I’ve recently come back from playing in the League of Ireland and wanted a new challenge. I spoke to my good mate Jay Foulston and he spoke very highly of the gaffer and the squad we have here and also how great the fans are so I’m really looking forward to a busy schedule of games and meeting the fans, players and staff. I hope I’ll impress and make a difference for the team.”

Head of Football Rob Dray added:” Cam’s signing happened really quickly, we spoke last summer and it didn’t quite happen but we have got ourselves a proper player who can play in a number of positions. Really pleased to get him on board.”