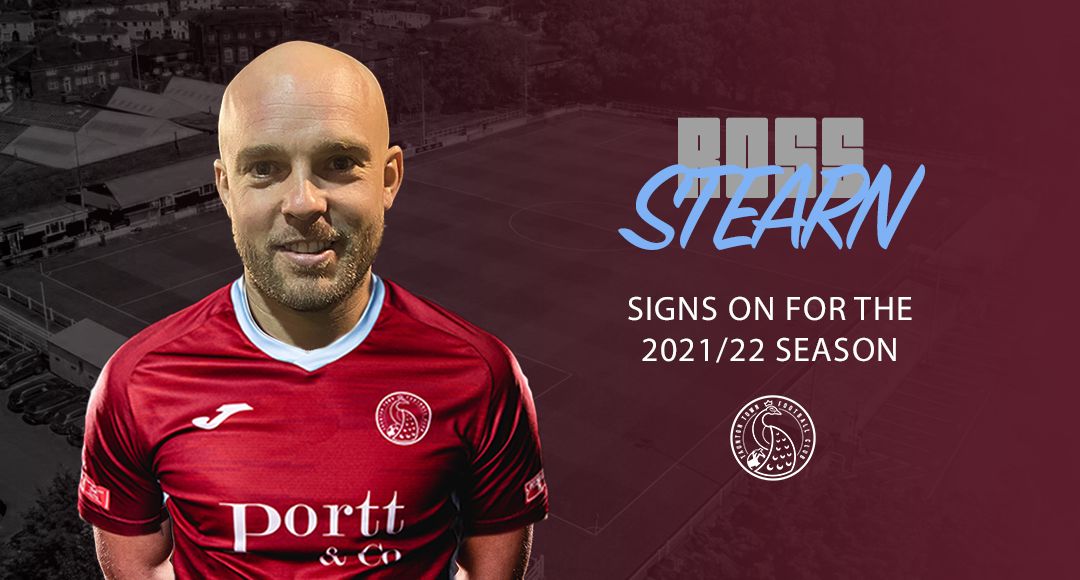 We are delighted to welcome Ross Stearn to the club following his signing from Chippenham Town.

The vastly experienced 31 year old attacking midfielder will enhance the Peacocks’ squad as they continue to maintain their promotion push this season. Ross remarked:” I’m hopeful I can bring my experience to the team and I’m looking forward to it. I’m excited to be here and hopefully I can have an impact for the rest of the season.”

Stearn has an impressive footballing CV, having been a regular in Chippenham’s National League South side this season. After beginning his career at Bristol City, he has gone on to play for a number of higher level clubs including three spells at both Bath City and Sutton United in addition to Eastleigh and two stints at Chippenham who recently released him due to financial constraints. He goes straight into the squad for tomorrow evening’s game at Weston-super-Mare.

Head of Football Rob Dray commented:” It’s a little bit of a coup to get Ross on board as there has been a huge amount of interest in him. He will give us that experience we need to get across the line in tight games and again he’s a great character.”