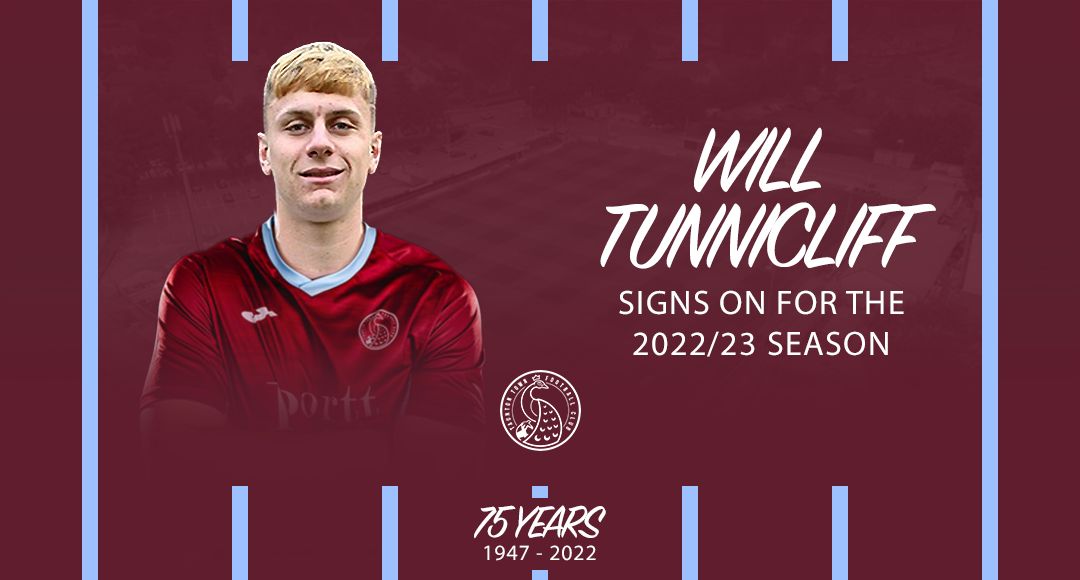 We are delighted to announce our first signing of the close season with the arrival of Will Tunnicliff from Yate Town. The talented left-sided defender had been with the Bluebells since the summer of 2020 and had made a big impression at Lodge Road, having won the Supporters Player of the Year award last season.

He told tauntontown.com:” With Taunton being such a big club and a club on the up, when I spoke to Rob about signing, it was a no brainer to join this successful team. I’m very excited to get playing in front of the great crowds Taunton get and to test myself at a higher level.”

Will was previously a member of both Cheltenham Town and Birmingham City Academies before joining the youth system at Gloucester City. After a loan spell at Cirencester Town towards the end of 2017-18, he joined Evesham United the following season before returning to Cirencester for 2019-20.

Head of Football Rob Dray added:” Will is a great addition to the squad. Left-sided defenders are a rare breed; we have two of the best in Jay and Jake and now we have another in Will who really impressed for Yate last season. He is powerful, has great stature and is another hungry young player. We’re really pleased to have him, and he will do well in National League South next season.”

Welcome to the club Will.