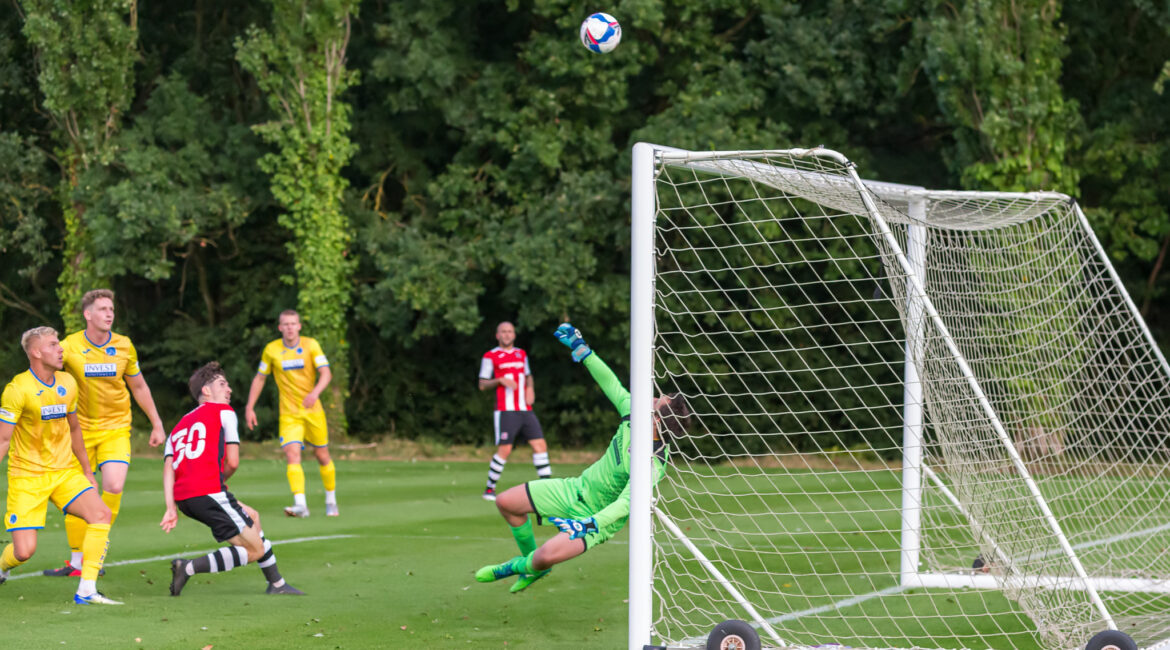 Toby Holmes opened his account for the Peacocks as they gained an excellent 1-1 draw in their latest pre-season friendly at Exeter City this evening (21st August).

Against the City first team squad Town were always going to have their work cut out and held on after just two minutes when Archie Collins hit the post for the hosts. After ten minutes though the Peacocks were ahead, Jake Wannell’s long pass finding Holmes who steered the ball past City keeper Jonny Maxted. Lloyd Irish made the first of several fine saves when he tipped Ryan Bowman’s shot onto the bar but it was Town who held the advantage at the break.

Irish made another great stop when he touched Josh Key’s header onto the bar but was finally beaten with 15 minutes remaining when Alex Fisher turned on the edge of the box to curl home into the corner. Town stood firm though to gain the draw and maintain their unbeaten record in pre-season.

Full post-match coverage can be found in our Results section HERE.