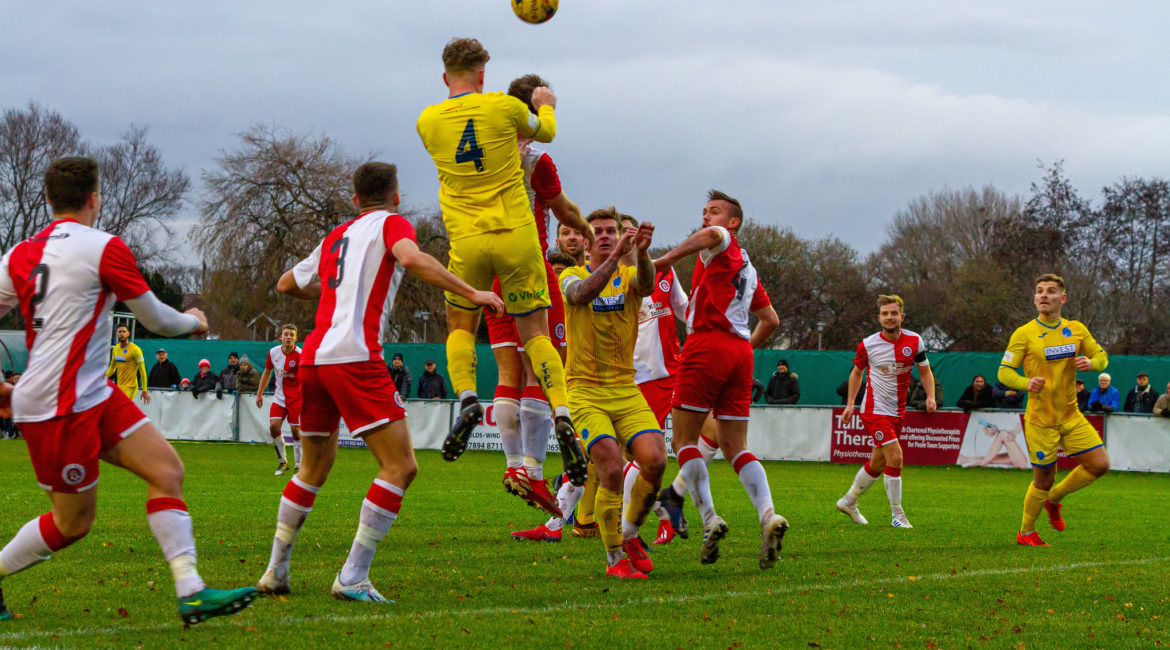 A second half goal from Andrew Neal proved the difference for the Peacocks who recorded a 1-0 BetVictor Southern League win at Poole Town this afternoon (30th November).

As anticipated, it proved a hard-fought encounter with the hosts enjoying most of the early possession before Town found their footing on a heavy pitch. Neither side though were able to break the deadlock in a goalless first half, Matt Wright coming closest for the Peacocks. Town got the goal that mattered after 73 minutes when Ryan Brett’s corner fell amongst a crowd of players and Neal reacted to stab the ball over the line. Keeper Luke Cairney denied Neal a second soon after before the Dolphins turned the screw in search of an equaliser. However, the Peacocks’ defence stood firm to secure victory and maintain fifth spot in the table.

Head of Football Rob Dray remarked:” There are many ways to play the game but today was a great test of character. Not pretty at times on a poor surface, we were superb from back to front and away from home took the game to them , soaked up some huge pressure in the last 15 minutes and got an impressive and important win.” To see more reaction from Rob on Peacocks TV please click HERE while match highlights can be viewed  HERE.