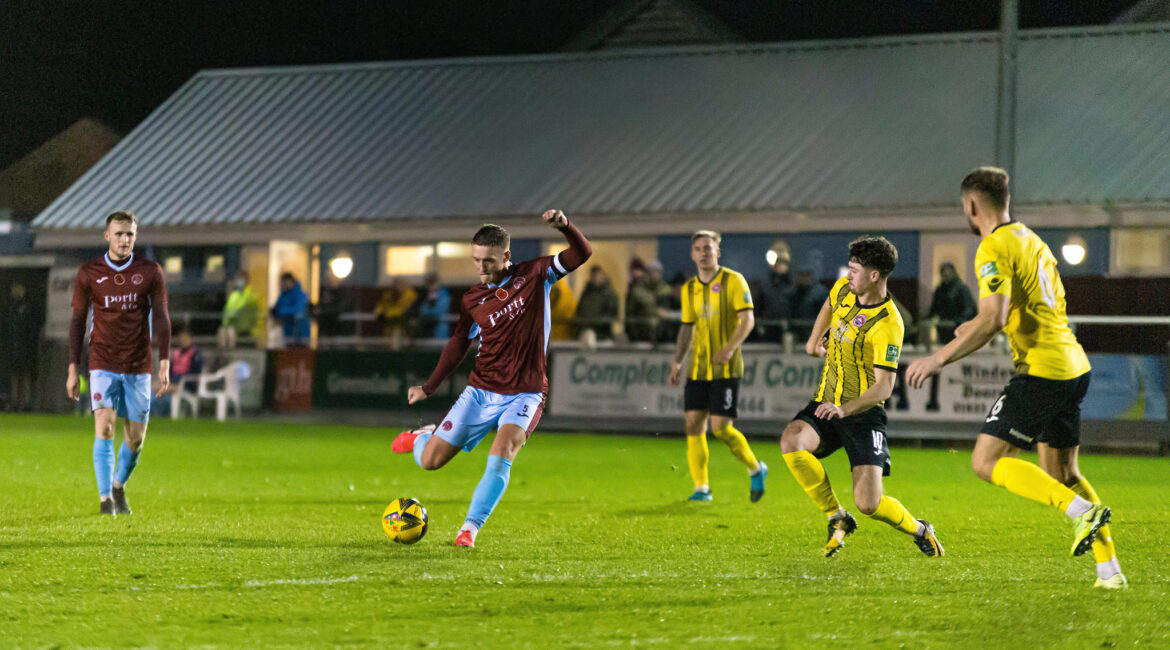 The Peacocks were knocked out of the Buildbase FA Trophy at the first hurdle when they lost 4-2 to Truro City at the Cygnet Health Care Stadium this evening (3rd November) in the 3rd Round Qualifying.

In the last game before football at Step 3 and below is suspended from Thursday, Truro took an early lead after 11 minutes when Jamie Richards headed in a Ryan Brett corner. Town fought back immediately to equalise two minutes later, Gethyn Hill finding Toby Holmes at the far post to steer home.  Both sides pressed forward for the rest of the half without adding to the score, but the second period was only two minutes old when Tyler Harvey fired into the corner to regain the lead for the visitors. Richards then netted from close range just past the hour to give Truro a 3-1 advantage before the Peacocks gave themselves hope when Jay Foulston curled home an excellent free kick off the post to reduce the arrears on 68 minutes. However Harvey’s header from a Connor Riley-Lowe cross five minutes later restored the two goal margin and secured the Cornish side a trip to Moneyfields in the 1st Round Proper, whenever that may be.