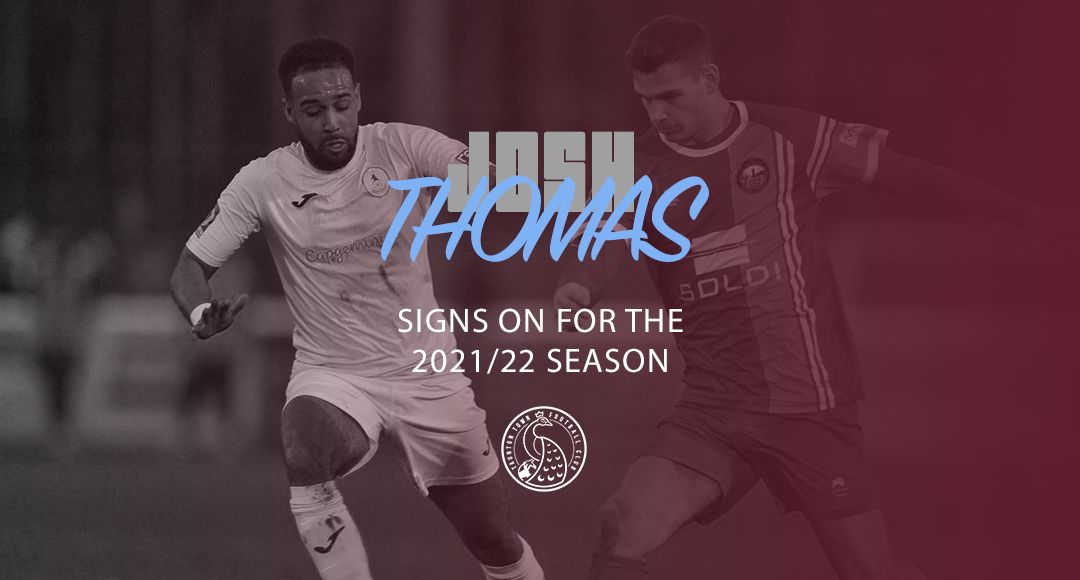 We are delighted to welcome Josh Thomas to the club following his signing from Gloucester City.

The 22 year old can operate in midfield or as a defender, having had plenty of higher level experience. He was with Hereford up to the age of 15 before joining Cheltenham Town in 2013 and earning his first pro contract in May 2017. He had two loan spells at North Leigh during his time with Cheltenham where he made one full first team appearance during the 2017-18 season. After his release in 2018 he signed for Gloucester where he featured regularly in the National League South and North over four seasons.

Josh told tauntontown.com:” I’m delighted that Rob and the club have given me this opportunity to get back into football after a bit of time off and I can’t wait to get back into it now. I know a few people around the club especially Grimesy and Ioan which will make settling in a lot more comfortable. I’m looking forward to meeting all the lads and hopefully contributing to the club in the right way going forward.”

Head of Football Rob Dray added:” Josh is again the type of player we are striving to get into the club. He has a great pedigree from a higher level and is young, dynamic, and hungry. He will definitely make the squad better, with the added bonus of being accomplished as a centre midfielder and right back. With a tough few months coming up we are very lucky to have him.”