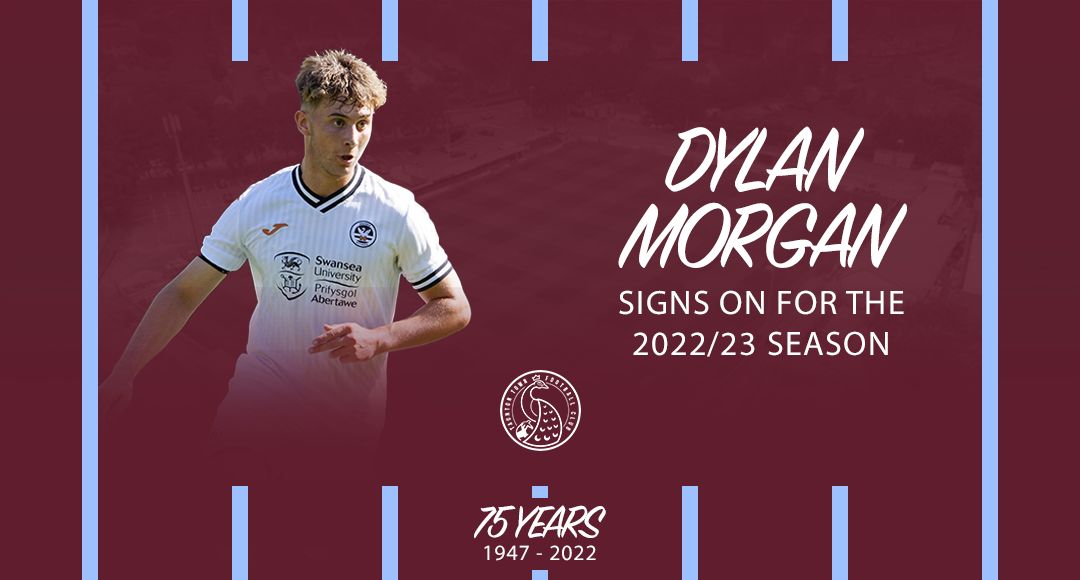 The Peacocks have boosted their squad further with the signing of Dylan Morgan. The 19 year old attacking midfielder featured in the last six matches of pre-season and opened his account with two goals against Tavistock last weekend. He was previously on the books of Southampton and Forest Green Rovers before joining Swansea City last summer where he was a member of their U23 squad until being released at the end of last season.

Dylan remarked:” I’m excited to be here and to get going. It’s an exciting season ahead in a new league and all the lads are looking forward to the challenge. I will give my all to help the team and for me personally to prove myself at men’s level and progress with my game.”

Head of Football Rob Dray said:” Dylan is an outstanding young prospect with great pedigree and I’m sure will achieve great things. There will be an amount of time for him to learn but he offers something very different.”

Welcome to the club Dylan!