One Loan Extended, One Ends 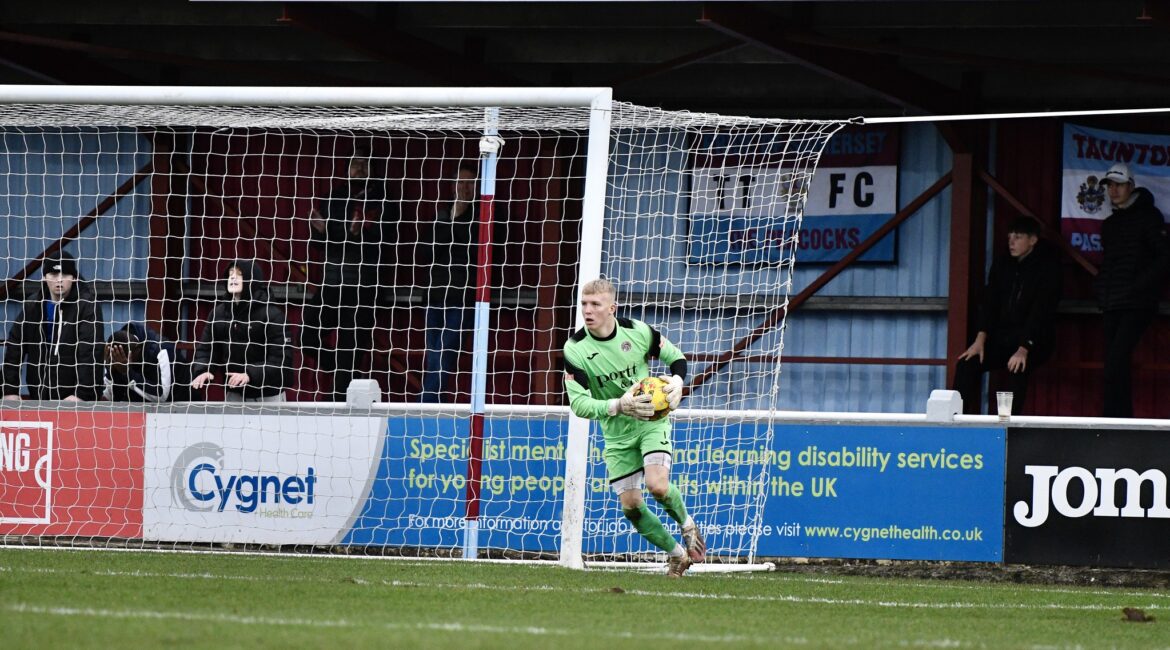 Goalkeeper Will Buse will be remaining with the Peacocks until the end of the current season.

The young Bristol City goalkeeper joined the club on loan during September last year and has grown in confidence since then, having played 24 games to date during the absence of Lloyd Irish. Head of Football Rob Dray remarked:” For such a young keeper, Busey has been superb, and his consistency has been outstanding. We are very lucky to have him for the rest of the season.”

Another loanee Jack Veale has departed the club. The midfielder joined on loan from Exeter City at the beginning of the season and made 5 full and 11 substitute appearances during his time with the Peacocks, scoring one goal which came on his debut at Wimborne on the opening day. He has now signed for League rivals Poole Town on loan. We would like to thank Jack for his efforts whilst with the club and wish him the best of luck for the future.