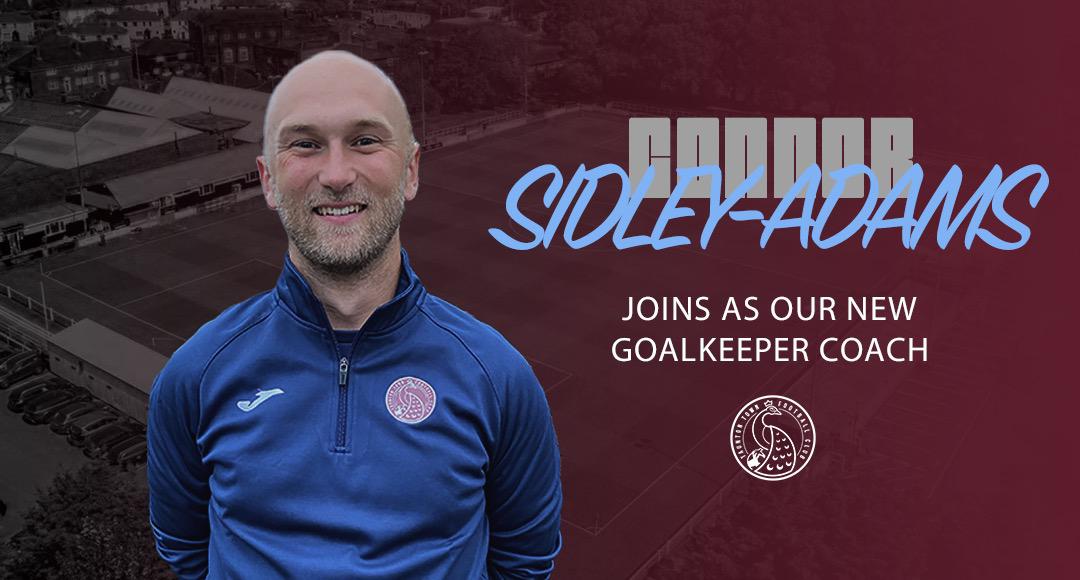 We are very pleased to welcome Connor Sidley-Adams back to the club as our new Goalkeeping Coach. He replaces Len Bond who joined us last season but who has now retired.

Connor featured for the Peacocks over three seasons, making his debut during the 2010-11 campaign and going on to make 23 full appearances including 15 in 2012-13. He is a former England Schoolboy International and has also represented Bridgwater Town, Wellington, and Clevedon Town. He has worked as a Coach Developer with the FA and is currently England Schools U18 Boys Goalkeeping Coach.

Connor told tauntontown.com:” It’s absolutely amazing to be back at the club! The work that’s gone on behind the scenes and development over the last few years has been incredible and I can’t wait to get going. To have the chance to come in and work with one of the best goalkeepers around in Lloyd is a fantastic opportunity. Speaking to Rob and hearing of the club’s ambition, this is a really exciting time to be joining and I’m looking forward to helping us push towards promotion.”

Head of Football Rob Dray added:” It’s great to get a coach of Connor’s level with us. Not only will he have responsibility for the keepers but with his cv his overall coaching will be a massive bonus. He’s made a great showing since pre-season has started and we look forward to his input over the coming months.”

We would also like to thank Len for his time at the club and wish him well in his retirement.