New Coach For The Peacocks 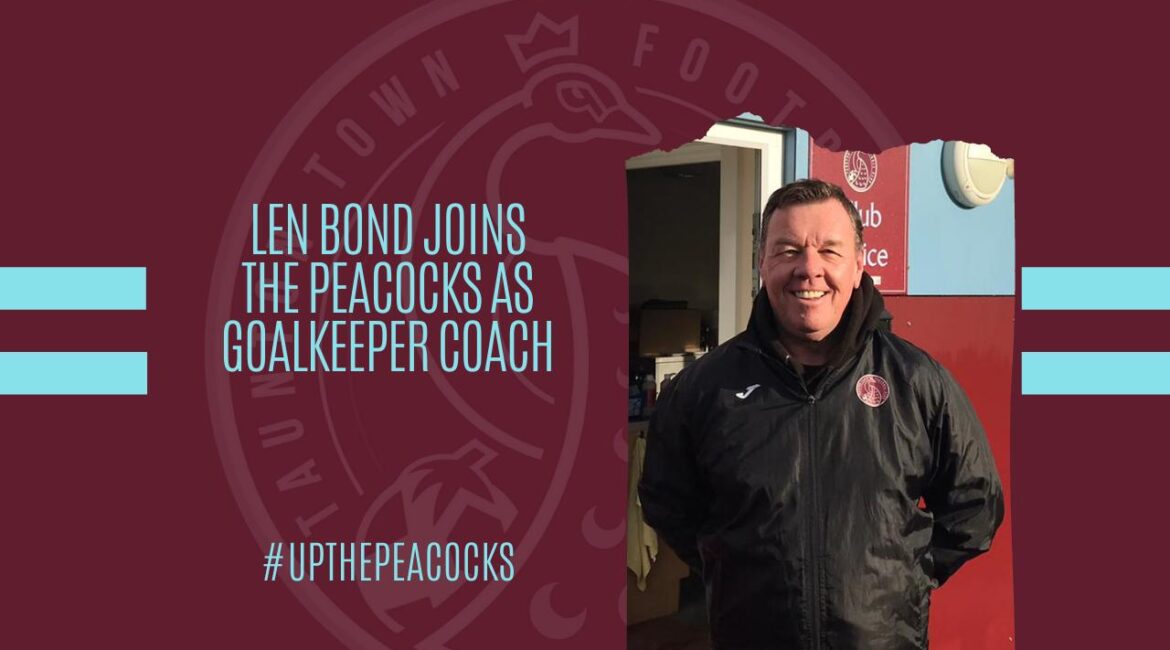 We would like to welcome Len Bond to the club as our new goalkeeping coach.

Len recently joined us as part of the backroom team to put goalkeeper Lloyd Irish through his paces, being able to count on a vast amount of experience gained over many years in the pro game. He made over 150 League appearances for Exeter City and also played for Bristol City, Brentford, Colchester United and Cardiff City before going on to become a coach at a number of clubs including Bristol City, Bristol Rovers, Exeter City and Yeovil Town as well as with the FA.

Bond commented:” I was pleased to be asked by Taunton Town if I could help at the club coaching Lloyd. I’ve worked with Lloyd before during my time at Yeovil Town when they were in Division One of the Football League. Since joining Taunton I have been impressed with the very professional set-up on and off the field. Rob and all the staff have made me feel very welcome and we have a common goal to get the club promotion.”

Head of Football Rob Dray added:” Len’s CV, experience and knowledge of the game are second to none, but he also brings great personality to the club and that specific coaching skill for Lloydy which is very difficult to find these days. Len has been a breath of fresh air since joining and we look forward to working with him this season.”

Good to have you on board Len!