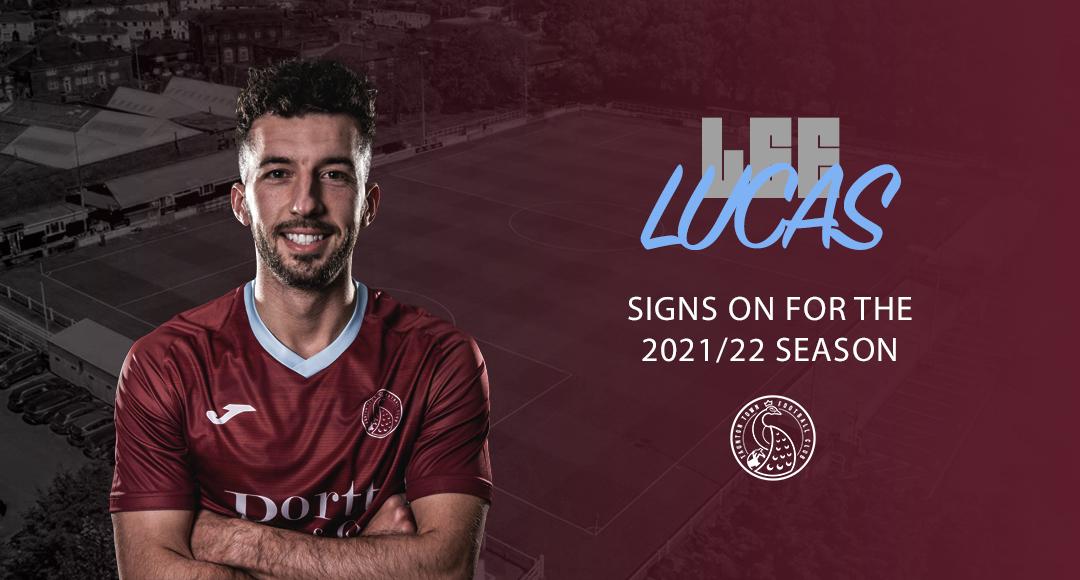 We are delighted to report that midfield man Lee Lucas is the latest player to commit to the club for next season, making it a hat trick of vital confirmations this week following Toby Holmes and Gethyn Hill and the 10th player so far to sign up to the Peacocks’ squad for 2021/22.

Lucas joined the Peacocks last summer from Merthyr Town but endured a frustrating first campaign after being injured during a pre-season friendly against Bideford which limited his involvement to four substitute appearances and eventually necessitated an operation on his foot.

Lee told tauntontown.com:” I’m delighted to be staying at the club next season. The club, Kev and the gaffer have been brilliant to me since I’ve been here and during my injury. There is a great group of lads and I’ve really enjoyed my time here so far. I’m just looking forward to putting last season’s injury behind me now, getting back to playing and helping the team to hopefully a successful season.”

The 28 year old joined Swansea City at the age of 8 and signed a pro contract in 2010. He was loaned out to Burton Albion and Cheltenham Town during his time with the Swans but found progress frustratingly hampered by injury and was released by them in 2016. He then moved north of the border to spend a season with Scottish Premier League side Motherwell before joining Merthyr at the start of the 2018-19 season. He has also represented Wales at Under 17, Under 19 and Under 21 level

Head of Football Rob Dray commented:” Lee will be like a brand new signing this year. After an undetected broken metatarsal we never saw the real Lee Lucas but now fully fit, the last month in training has been a joy to watch him. The other players love playing with him which says it all, and to top it off he is the nicest, most humble lad. A massive signing for us.”