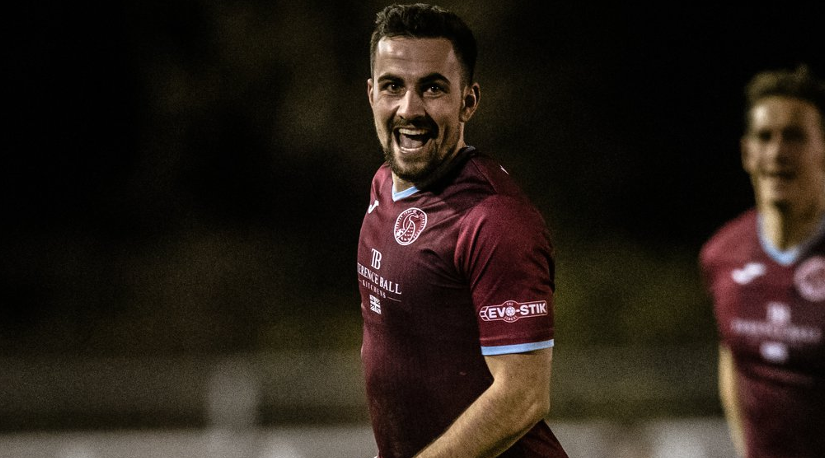 The Club is delighted to announce that Lewis Hall has agreed to remain at the Viridor Stadium for the 2019/20 season.

Hall joined the Peacocks from Hereford FC in October 2018 and made 29 appearances, scoring 5 times during the campaign which saw Town narrowly miss out on the league title by a single point to Weymouth.

Lewis told tauntontown.com, “Since I joined Taunton at the back end of last year I’ve loved every minute of my time here. I’m already looking forward to seeing what we can do next season and I’m delighted to have the chance to be a part of hopefully something special.”

Head of Football Rob Dray who is busy behind the scenes preparing for next season commented, “I’m very pleased that Lew has agreed terms for next year. Left sided players are notoriously difficult to nail down and he has been fantastic since he joined us and I still think there is even more to come from him.”