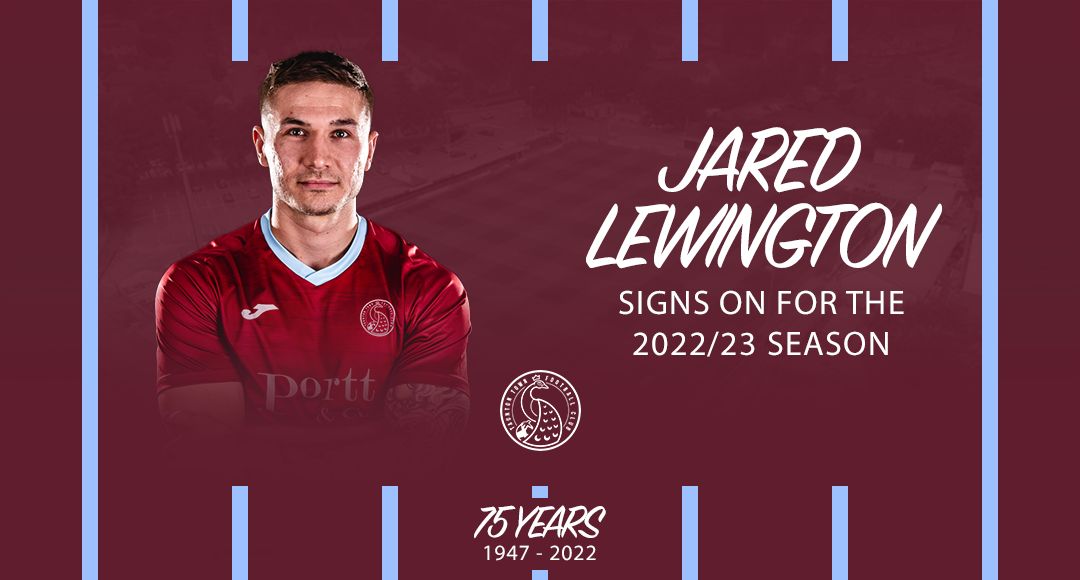 We are delighted to report that Jared Lewington has agreed to remain at the Cygnet Health Care Stadium for the new season. His confirmation brings the total of players secured so far to 11, with Ross Stearn, Nick Grimes, Zac Smith, Joe Guest, Jay Foulston, Ollie Chamberlain, Lloyd James and Jake Wannell all signed plus the return of Lloyd Irish and new recruit Will Tunnicliff.

Jared remarked:” I’m extremely happy to be back for another year at the Cygnet. After last year’s success and being around such a great group, with our squad not to mention the fans and everyone involved with the club, made it a no brainer. I had an extremely frustrating year which personally affected a lot of things and my confidence, and injuries plus Covid really pushed me but I’ve been working hard off-season so that I can give the best I can to the club. I’ve got a lot to give and hope we can push on again as a club, who knows what could happen?”

The former Truro, Torquay and Tiverton striker netted 11 goals for the Peacocks in 2021-22 after signing last summer and will hope for further improvement next time around. Head of Football Rob Dray added:” By his own admission Jared had a frustrating season last year but his grit, determination and attitude tells me he is worth a new contract. He was at times unplayable last year and has worked hard since the season ended to get his body ready. Another striker with good experience in this division.”