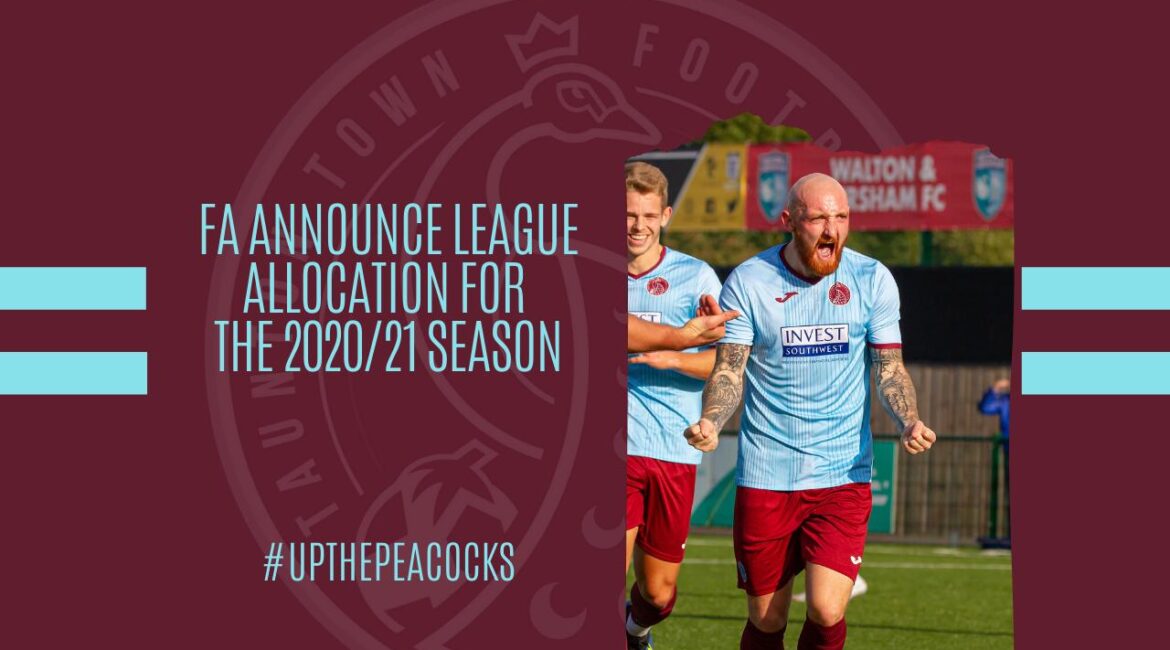 After weeks of waiting, the last few days have seen the initial output from the FA regarding the return of competitive football for the 2020-21 season which has been followed today by the confirmation of club allocations at steps 3 to 6 of the National League System.

As was expected following the early termination of last season, the Southern League Premier South line-up remains unchanged with the exception of Blackfield & Langley who have taken voluntary demotion back to the Wessex League. This means the division will currently run with 21 teams. The FA statement along with the full allocation of clubs at Steps 3 to 6 can be found HERE

Plans are well under way for the new season at the Cygnet Health Care Stadium. A provisional schedule of pre-season friendlies for the Peacocks has already been drafted and details of these games will be announced soon once further guidance from the FA is received. The proposed start date for the Southern League is Saturday 19th September, as contained in the official FA Guidance for National League System clubs released last weekend which can be read HERE