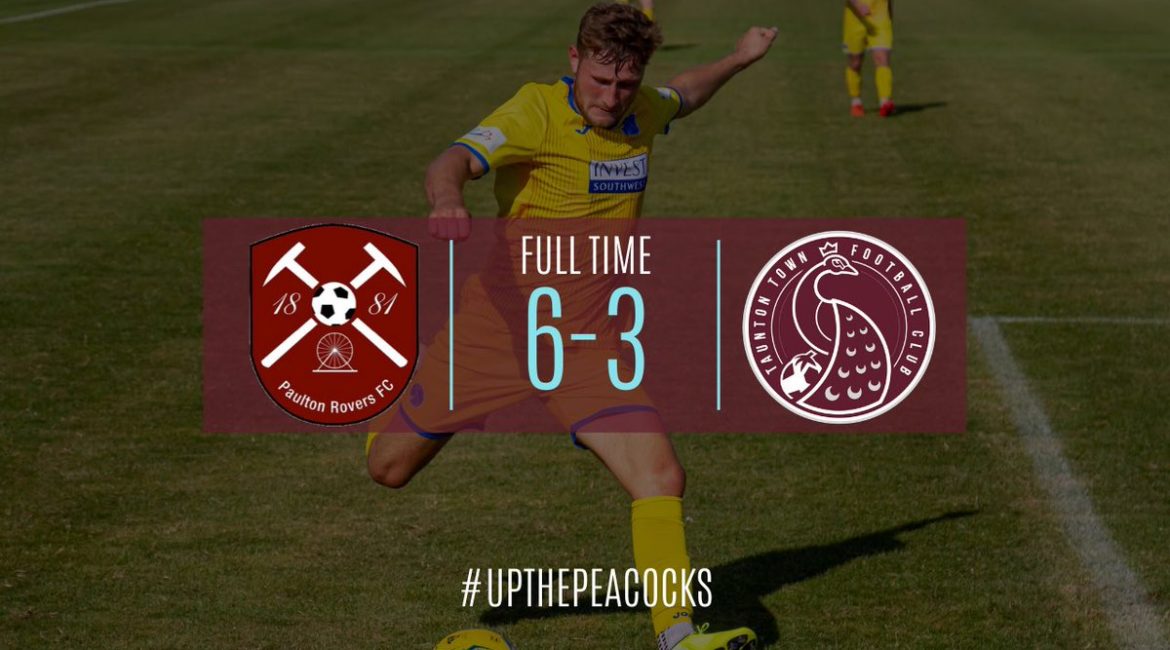 A Jamie Short hat trick proved in vain as the Peacocks lost 6-3 at Paulton Rovers in the 3rd Round of the Southern League Challenge Cup this evening (7th January).

Fielding a much changed side from Saturday, Town found themselves trailing after just 7 minutes when Marcus Day slotted in to put the hosts ahead before Ed Butcher scored direct from a corner to double the lead on 19 minutes. Day fired in from the edge of the area for Paulton’s third three minutes before the break and the home side’s progress was virtually assured nine minutes into the second half when Dave Sims-Burgess steered home a penalty after he had been fouled by Lloyd Irish. Short pulled a goal back two minutes later after he had broken down the left, only for former Peacock Charlie Hitchings to make it 5-1 on 58 minutes following a goalmouth scramble. Craig Allan added a sixth on 68 minutes but Short restored some respectability in the final ten minutes with two more goals, scoring with a deflected shot on 82 minutes and then notching his treble with two minutes remaining. Rovers will now entertain Winchester City in the Quarter-Final.

Head of Football Rob Dray commented:” Nobody likes losing, especially me, but we have to take into context where we are, the timing of the game and our squad. It was a great chance to blood some more young lads from Bridgwater & Taunton College. The conveyor belt is flowing and our partnership is flourishing which is beneficial to both parties. It was also great for Shorty to get a hat trick.” Highlights of the game can be seen on Peacocks TV HERE