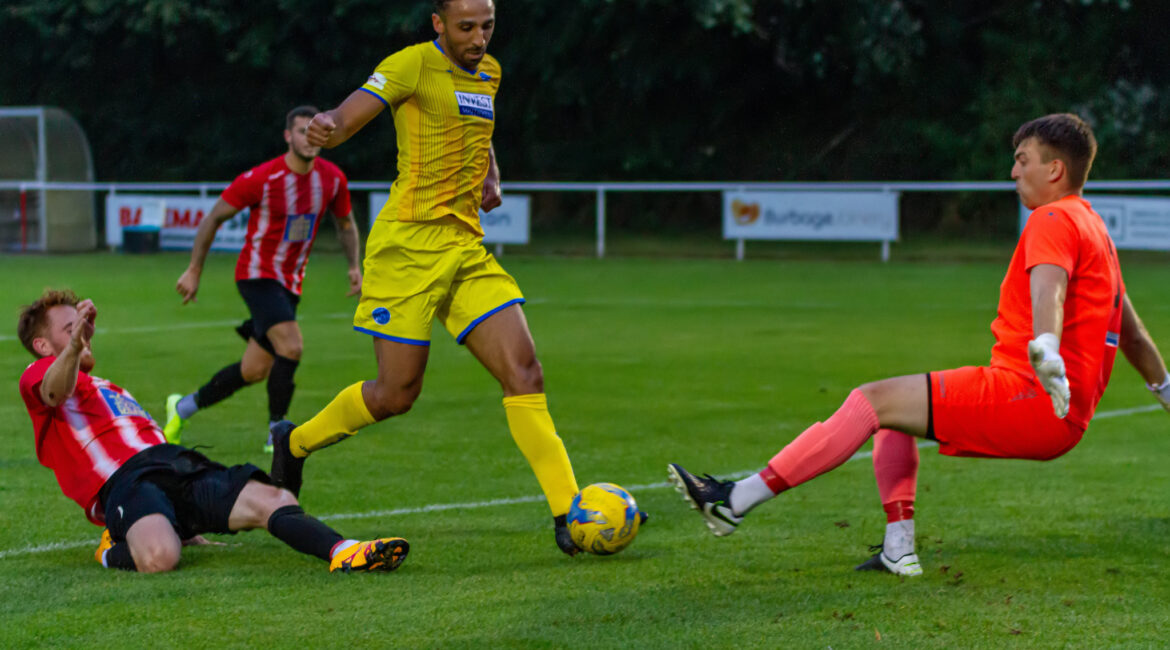 The Peacocks recorded their first pre-season victory when they won 4-3 at Bitton this evening (14th August).

It proved a tough workout for Town against the experienced Western League side which took the lead on 21 minutes when Jake Mawford brought down Josh Egan who got to his feet to fire in the penalty. Both sides carved out opportunities before Town drew level five minutes before the break when Dan Sullivan played in Gethyn Hill to fire home at the near post.

Despite having the majority of play, Town found themselves two goals down just past the hour. Firstly Alex Grimshaw headed in Egan’s free kick after 52 minutes and then 10 minutes later, the Peacocks’ defence were caught on the break and Brandon Barnes lobbed over Lloyd Irish from just outside the box to give the hosts a 3-1 advantage.

Town responded just two minutes later. After Sullivan’s shot had hit the post, Ross Staley won the ball and although his first shot was saved, he quickly regained possession to drive in at the near post. The remainder of the game saw the Peacocks dominate down the slope and they eventually equalised on 89 minutes when Staley was tripped in the box and Owen Howe drove home the spot kick. Howe then gained a deserved win for Town a minute later, curling a great strike into the corner of the net from Sullivan’s pass. Bitton nearly snatched a draw in stoppage time when Irish made a superb save to touch a shot onto the bar, but the Peacocks edged home in a very enjoyable game.

Match reaction, report, highlights and photos can be found HERE in our Match Results section.