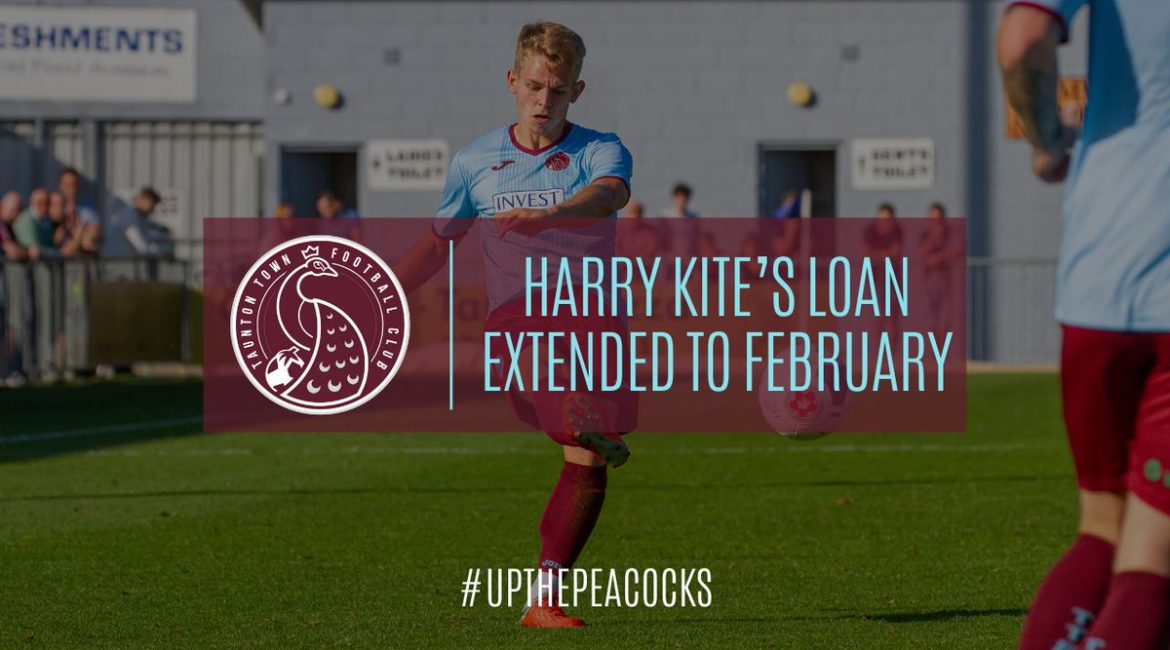 As announced on our Social Media channels earlier this week, we are pleased to report that Harry Kite has had his loan from Exeter City extended at the club for another three months, taking him up to February 2020.

The 19 year old midfielder has made a big impression at the Cygnet Health Care Stadium since joining in August, scoring three goals and catching the eye with some dynamic displays. He commented:” I’m pleased to have extended my loan for another three months at Taunton where I have loved my time at the club so far. We are having a great run of results and I’m enjoying playing with a cracking set of lads and a really good management team. I’m excited to keep pushing on with the squad and climbing the table.”

Head of Football Rob Dray added:” It’s great to have Harry for another three months. He has been superb since August, his attitude and buy-in have been outstanding, as have his performances. It’s also great to have a hand in his development and many thanks to Dan Green at Exeter for his assistance.”

As also reported in the week, centre half Ed Palmer has decided to leave the club and will have his contract terminated. We thank him for his contribution during his second spell at the club and wish him good luck for the future.