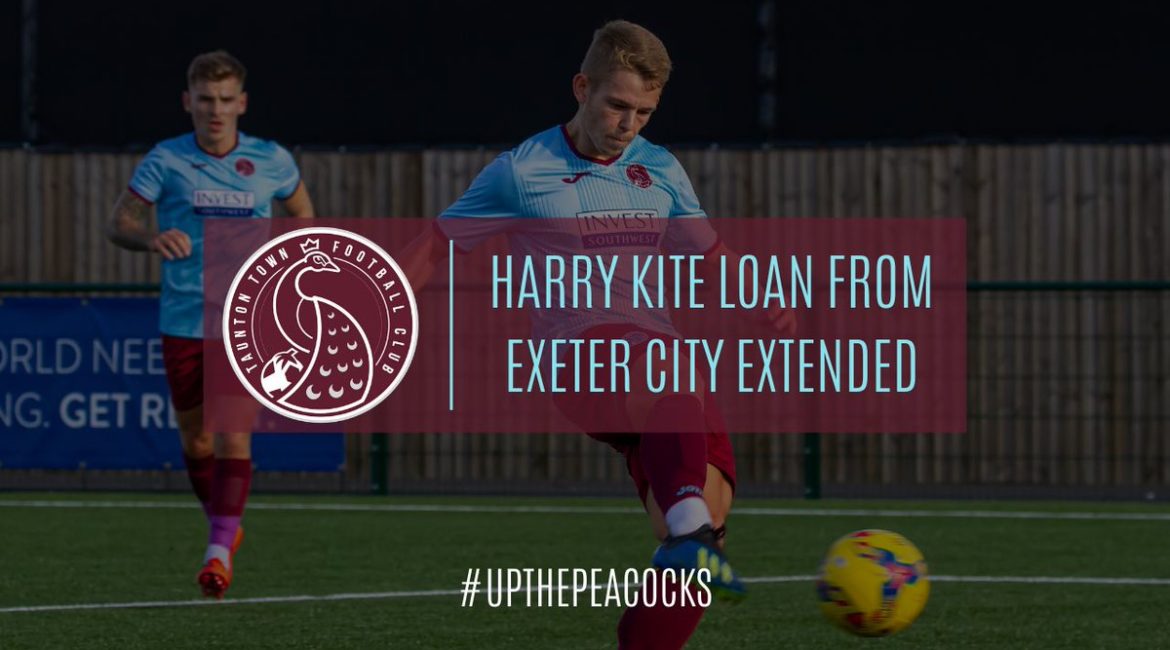 As reported via our SM channels earlier today, we are delighted to report that Harry Kite has had his loan period with the club extended to the end of the current season. The 19 year old Exeter City midfielder has impressed since coming on board at the Cygnet Health Care Stadium back in August and can now concentrate on helping the Peacocks in their promotion push during the remainder of the campaign. Head of Football Rob Dray said:” When we had the chance to extend Harry’s loan, I snapped Greener’s hand off (Dan Green at Exeter City). Harry has been the consummate professional and a great lad and I’d like to thank Exeter City and Dan for continuing the agreement.” Harry is equally pleased, commenting:” I’m delighted to be staying with the Peacocks until the end of the season. When I heard that the option was there for me to be able to keep playing regular matches with this group I snapped at the chance. I’m excited to see what the rest of the season brings and hopefully we can keep climbing the table and get to where we want to by the end of the season.”