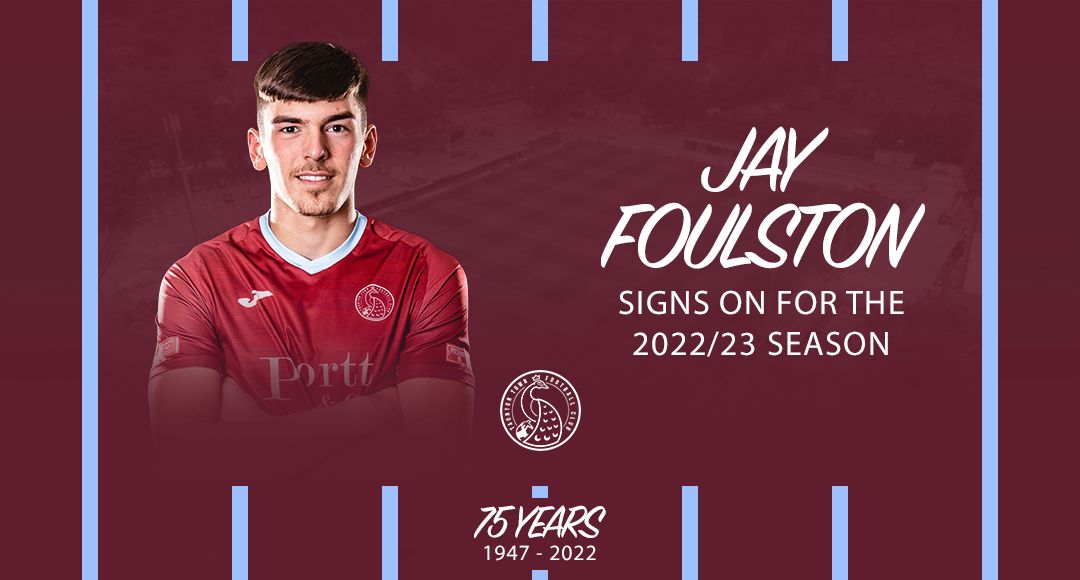 We are delighted to report that Jay Foulston has committed to the Peacocks’ quest in the National League South for 2022-23.

Jay told tauntontown.com:” I’m buzzing to be back again for next season and can’t wait to get going with this special group of lads again. We had an unbelievable season last year and I’m now hoping we can take that into this season and who knows what could happen. UTP.”

The left back has been at the Cygnet Health Care Stadium for the past two years after his departure from Newport County and scored some terrific goals last season including the winner at Tiverton which won him the Goal of the Season accolade. Head of Football Rob Dray complimented:” The best young left-sided player around, simple as that. It’s fantastic that he has signed again, he never stops smiling, never sweats in a game and plays with a cigar!”