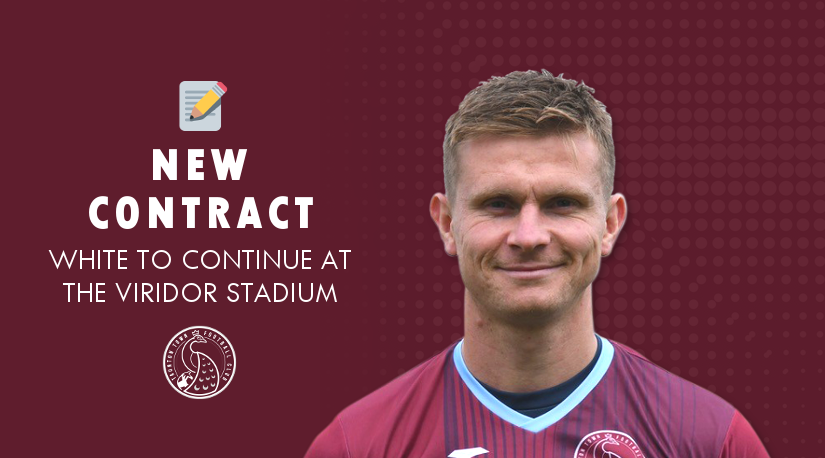 The Peacocks are delighted to announce Vice-Captain Shane White is the sixth player to commit to the club until the summer of 2020.

White arrived at the Viridor Stadium from Truro City in 2016 and had started every game this term until suffering a fractured cheek on New Year’s Day which will see him observe from the sidelines until his recovery is complete. Shane is known for his versatility and has played a huge part in Town’s successes over the last three years.

After agreeing a new deal White commented, “It was a no brainer for me, the club has been very good to me since I’ve been here and I was more than happy to sign for another season. The club is in a great place at the moment and who knows where we could end up.”

On securing White for another year Head of Football Rob Dray said, “Shane is without doubt our Mr dependable. He’s always a constant wherever he plays and always gives us everything on and off the pitch. It’s another great signing for us and he ticks all the boxes in age, experience and character.”