Irish Returns To The Cygnet 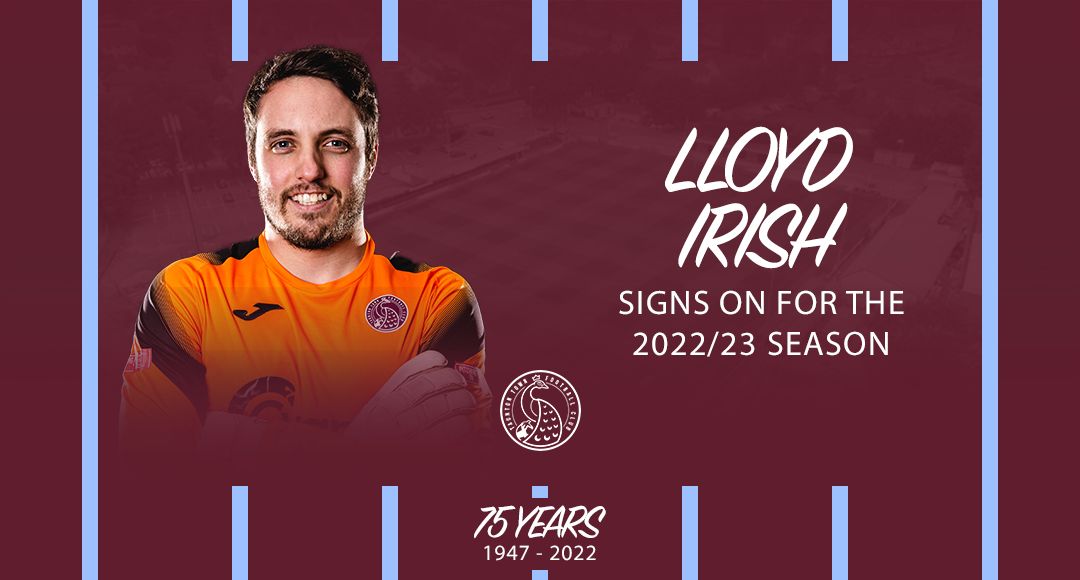 We are delighted to confirm that goalkeeper Lloyd Irish has rejoined the club for the 2022-23 season. The ever popular club icon, who recently had a testimonial game alongside brother Owen, left the Peacocks last season to link up with Barnstaple Town but has now returned ahead of the club’s debut in the National League South.

Lloyd told tauntontown.com:” I’m delighted to be back at Taunton Town. Having left the club to get some game time, I realised how much the club means to me and how much I wanted to be back at this great club. I’m grateful to Drayer for giving me an opportunity to come back and I’m really looking forward to being back in the dressing room with such a great bunch of lads. I’m ready to provide competition for the number one spot. I’ve played over 150 games in the National South so I know I can play at that level. I appreciate I may have to be patient but that’s football. The guys achieved something special last season and I was gutted not to be part of it, but I know with the squad we have we can push on and achieve something special again.”

Irish has made 376 full and one sub appearance during two spells with the Peacocks and will undoubtedly now want to add to his fantastic tally when the action resumes in August. Head of Football Rob Dray is pleased to see him back, commenting:” No more to be said. We needed two keepers in this division and as soon as I knew Lloyd wanted to come back it was an easy decision. A club legend.”