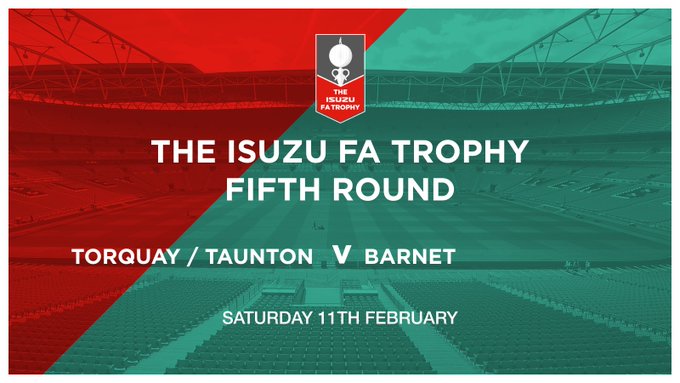 A home tie awaits the winners of tomorrow evening’s Isuzu FA Trophy 4th Round Proper tie between the Peacocks and Torquay United. Whoever emerges victorious at Plainmoor will host National League Barnet who sit 5th in their division and who are the highest ranked team left in the competition. The tie will take place on Saturday 11th February but regardless of the result tomorrow, Town’s National League South fixture at home to Hungerford Town scheduled for that day will now have to be rearranged as the Berkshire side are still involved in the Trophy, having landed a home tie themselves in this afternoon’s draw against National League North Farsley Celtic.