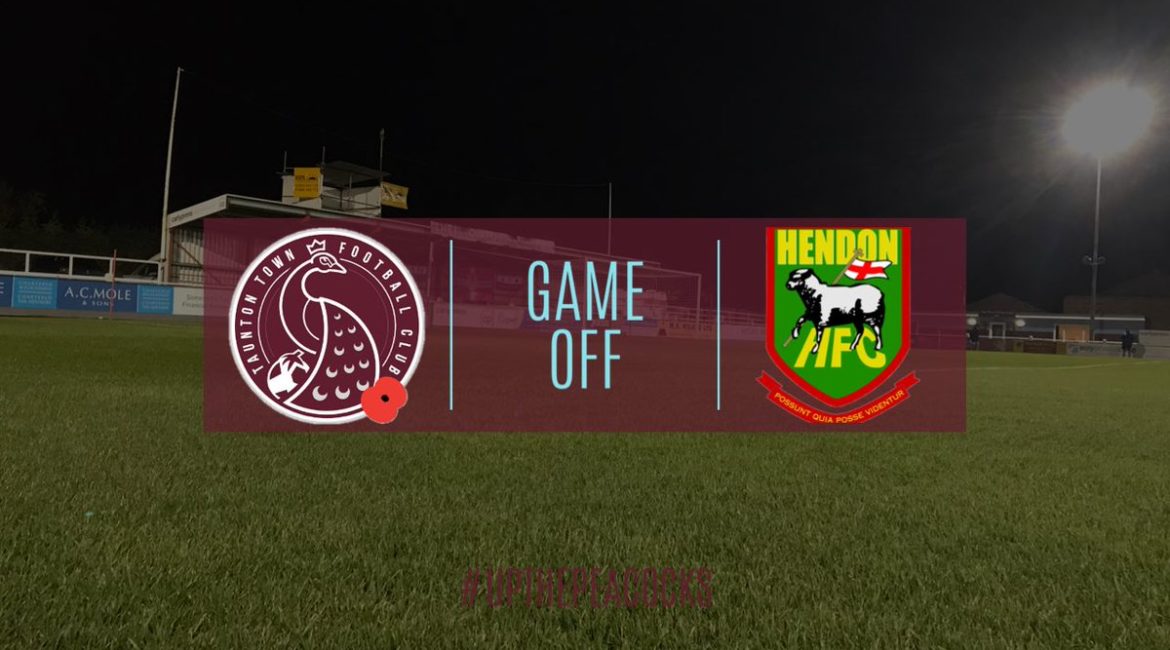 Today’s BetVictor Southern League game at home to Hendon has been postponed due to a waterlogged pitch. Overnight rain has saturated the Cygnet Health Care Stadium pitch and with more wet weather forecast today there was no chance of the game taking place. A rescheduled date for the fixture will be announced in due course.

The Peacocks now have a blank week until next Saturday when they take on Aveley in the 2nd Qualifying Round of the Buildbase FA Trophy. They were originally due to face Truro City in the Southern League Challenge Cup this coming Wednesday but that tie has now been rearranged for Wednesday 20th November due to City’s twice postponed FA Trophy game having to be played this week.