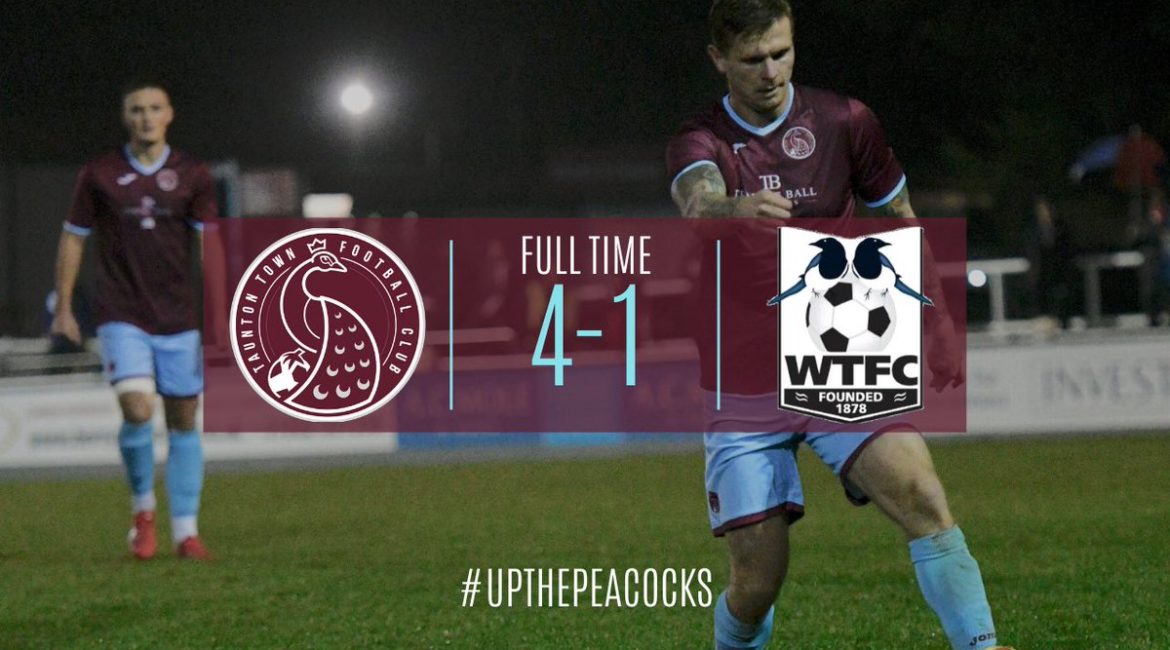 The Peacocks advanced to the next stage of the Buildbase FA Trophy with a 4-1 victory over Wimborne Town in a 1st Qualifying Round replay at the Cygnet Health Care Stadium this evening (29th October).

It proved a far more convincing display from Town than in Saturday’s first tie although they got off to a dreadful start, Kieran Roberts latching onto a through ball to round Lloyd Irish and put the visitors ahead after just three minutes. The Peacocks gradually began to click and after getting ever closer drew level on 39 minutes when Ryan Brett’s free kick was headed back across goal and Andrew Neal seized on the opportunity to lash the ball into the roof of the net. The home side maintained the tempo after the break and took the lead on 57 minutes through substitute Lewis Hall who forced the ball over the line at the second attempt after Matt Wright had challenged for Shane White’s cross. Town were now well on top and added a superb third, a fantastic run and cross down the left from Hall being finished by Wright’s bullet header after 68 minutes. Curtis Young’s drive across the box hit the far post for the Magpies before another terrific goal sealed Town’s passage, Ollie Chamberlain crashing home a scorcher from outside the area with eight minutes remaining. The Peacocks now meet Isthmian League side Aveley in the next round on Saturday 9th November, meaning the scheduled league fixture at Merthyr Town will be rescheduled.

For reaction from Head of Football Rob Dray click HERE